I’m a huge fan of “extreme” coolers. I decided long ago that I’d rather have a cooler that costs more... 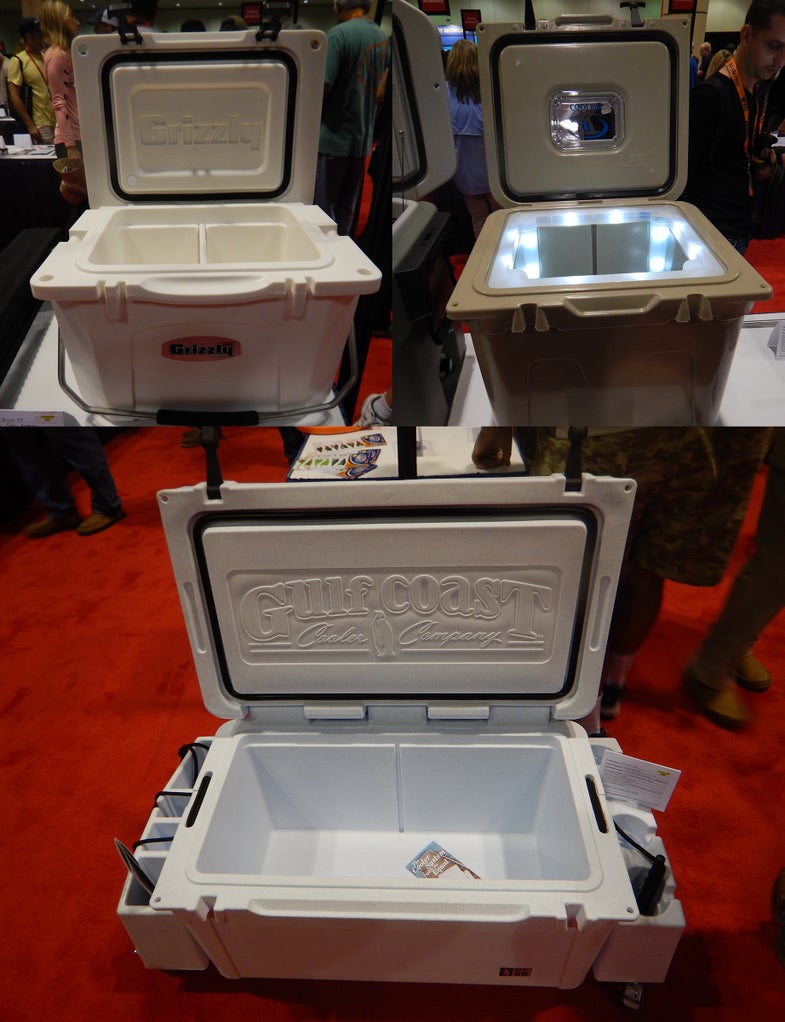 I’m a huge fan of “extreme” coolers. I decided long ago that I’d rather have a cooler that costs more and will last longer than keep buying el-cheapos season after season. From talking with anglers in my travels, I’d say it’s 50/50 in terms of the guys that share my feelings on the want and need to have a cooler that will keep ice, beer, and bait cold for a week. Of course, it’s not just the cold factor that’s appealing; I’ve seen these types of coolers used for everything from casting platforms on flats boats to bear-proof food storage on camping trips. I bring all of this up because last night I laid eyes on probably five new “high-performance” coolers here at ICAST from brands I’ve never heard of, and I’m wondering if they are simply hanging on the coat tails of companies like YETI, or if you, the American angler, has been sold on these coolers like I have and are buying enough to spawn these new brands.

Some of them, frankly, are a bit much. The best example is the Lit Cooler. Not only will it keep ice for 7 days, it will also keep that ice illuminated with rechargeable interior LEDs for 7 days. If you feel you need those LEDs, you’re probably driving a ski boat, not a fishing boat. Though not displayed here at the show, I also recently saw a new cooler online that will charge your iPhone and make blended drinks…no joke. The small Grizzly cooler in the photo seems well made, though I fail to see any features that make it stand out from similar coolers that have been around for a while. Then there’s the the big boy from Gulf Coast Cooler Company (bottom in photo). It’s a rugged beast that I believe can be mounted to a dock or used on a boat. It also has all kinds of add-ons like cup holders and tool holders. I’m certainly not knocking it, because this one seem to be tailored to the diehard angler more than many others. I just can’t figure out where they came from all of a sudden.

So how many of you own “extreme” or “high-performance” coolers? If you don’t, do you want one, or is a classic Igloo working for you?