Northern anglers such as myself don’t think twice about busting through a little skim ice in the late fall and... 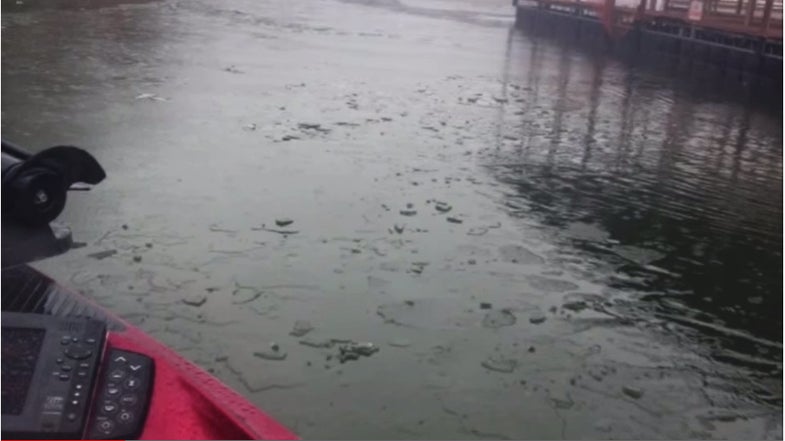 Northern anglers such as myself don’t think twice about busting through a little skim ice in the late fall and early winter to extend our bass season. For that matter, we deal with it again in the early spring. After all, it’s nothing a little afternoon sun and wind won’t break up. But what is important to remember is that even though that ice might go away through the course of the day, the water was cold enough to help it form. I’ve busted through ramp and skim ice countless times, but on those trips, my entire approach to fishing changes, because if you’re going to play in cold water, you’ve got to be prepared for the terrible circumstance of ending up in that cold water. 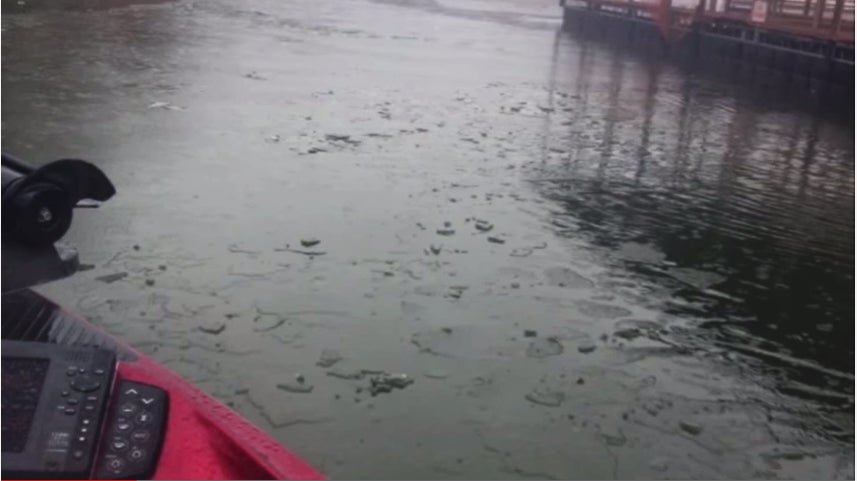 Before we even get into my cold-water safety routine, let’s talk boats. I know a few guys that won’t take their fiberglass rigs out when there’s ice for fear of chipping the gel coat. That’s fine. Aluminum works too, but now is not the time to head out in a tippy 10-foot johnboat. Stability is your first defense against a spill. We’ve all heard horror stories of duck hunters and fishermen that took the plunge, some of which did not return to the dock alive. Once you’re confident in the stability and balance of your vessel, the rest of the plan revolves around you.

Everyone should be connected to the kill switch while running regardless of the season, but I’m just as guilty of occasionally slipping here as most anglers. The only time I don’t slip is when it’s cold. I also wear my life vest all day, and keep a change of clothes handy. When I’m fishing with a buddy, we’ll discuss the easiest and fastest way to get a man overboard back into the boat before we head out. If you’re by yourself, it’s even more critical that you know the quickest path back aboard. You can even practice the procedure on hot summer days.

When it’s freezing, never switch the trolling motor to the sustained “on” position. If you fall in, you’ll watch the boat drive away as you battle hypothermia. Also, try to avoid fishing in spots where there’s a barrier of ice between you and the bank. If for some reason you spill and can’t get to the boat, you’ll have a better chance of surviving if you can reach the bank quickly. And last but not least, bring the seats and sit while fishing. I know you may not look as cool as Bill Dance chillin’ in the highback chair, but I’d estimate that at least 90% of cold water plunges are taken from the standing position. All it takes is a little direction change on the trolling motor, or your buddy shifting his weight to the other side of the boat, and next thing you know you’re in the drink.