In Case You Were Wondering What’s New in LEGO Fishing

Fact: When I was little, I couldn’t get enough LEGOs. And you better believe I owned all LEGO boats. You... 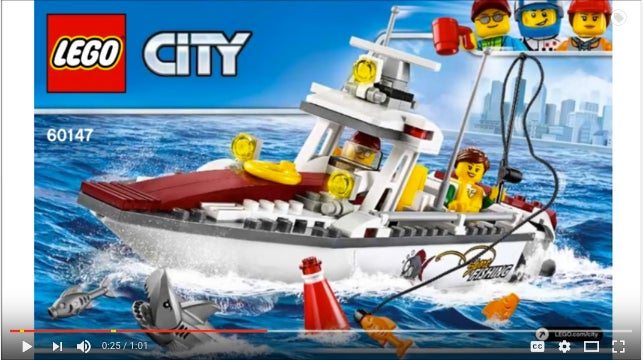 Fact: When I was little, I couldn’t get enough LEGOs. And you better believe I owned all LEGO boats. You also better believe every LEGO boat I owned—regardless of it being a fire boat or pirate ship—became a fishing boat. Of course, the best one was the actual LEGO fishing boat, which I think got put in a box circa 1995 and is still buried at my dad’s house. Point being, I haven’t been in the LEGO fishing boat scene in many years, but per this video, I’ve missed much. The gentleman narrating this sounds pretty hardcore, which is beneficial to you if you’re torn between a downpayment on the 2016 LEGO fishing boat, or waiting for the 2017 model. Cabin space and design is very important to this fella, and his thoughts should be considered. Furthermore, while the 2016 boat is larger and better equipped for LEGO sharking, the 2017 will probably get you to the LEGO fishing grounds faster, and allow you to catch LEGO sharks and smaller LEGO quarry. Super-knowledgeable boat review for sure, though I’d bet my current non-LEGO boat that LEGO fishing is as far as this guy’s fishing knowledge extends.