It’s Not Safe To Eat Carp Swimming On A City Street? No Kidding

Here’s a little news byte from my home state of New Jersey. It’s been raining aroud here a lot lately,... 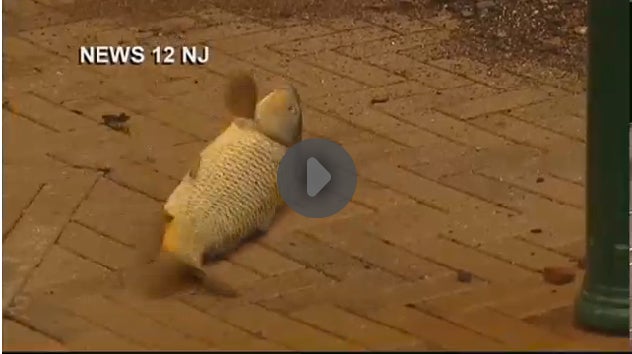 Here’s a little news byte from my home state of New Jersey. It’s been raining aroud here a lot lately, with certain areas gettting doused harder than others. One of those areas happens to be the fine city of Newark. Thanks to all the heavy rain, several streets downtown are now lined with gold…carp gold, that is. The folks over at Myfoxny.com got on the story fast, and reminds viewers that city health officials say not to eat those street fish. Really? I would hope they’d tell you not to eat them when they’re actually contained in lakes from whence they came given that they’re in Newark. As an aside, I may now have a bead on some new carp waters. I guarantee the fish in Newark have never seen a fly, nor have the locals ever seen a flyfishermen.