Let’s Bust The “It’s Too Cold For Bass” Myth

If you follow pro bass fishing, it’s likely you remember when the Bassmaster Classic was held in the late summer.... 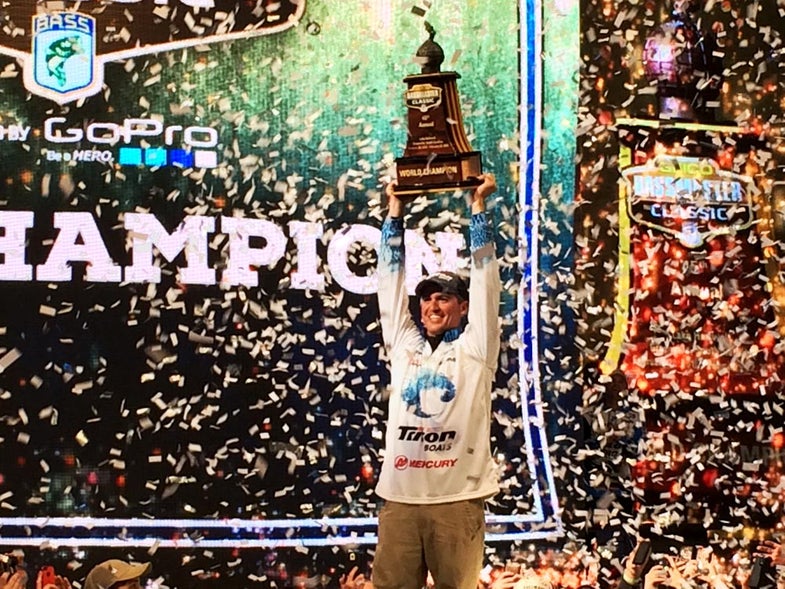 If you follow pro bass fishing, it’s likely you remember when the Bassmaster Classic was held in the late summer. Around 2007, that changed, putting the biggest event of the year in super-early spring (which, let’s be honest, is actually late winter). Ever since the switch, people have argued the pros and cons of the new timing. Those for it often say they like to see the season kicked-off with the biggest fishing event of the year, or they feel it’s a better time to catch big pre-spawn bass. Many against it say it’s just way too cold and a difficult time of year for bass fishing. This year’s Classic was probably the coldest ever. Coves that anglers pre-fished one day were frozen the next. Frigid temps forced officials to delay start times. But at the end of the day, big fish were caught, and I think this Classic is a great starting point for busting the “it’s too cold” myth once and for all. 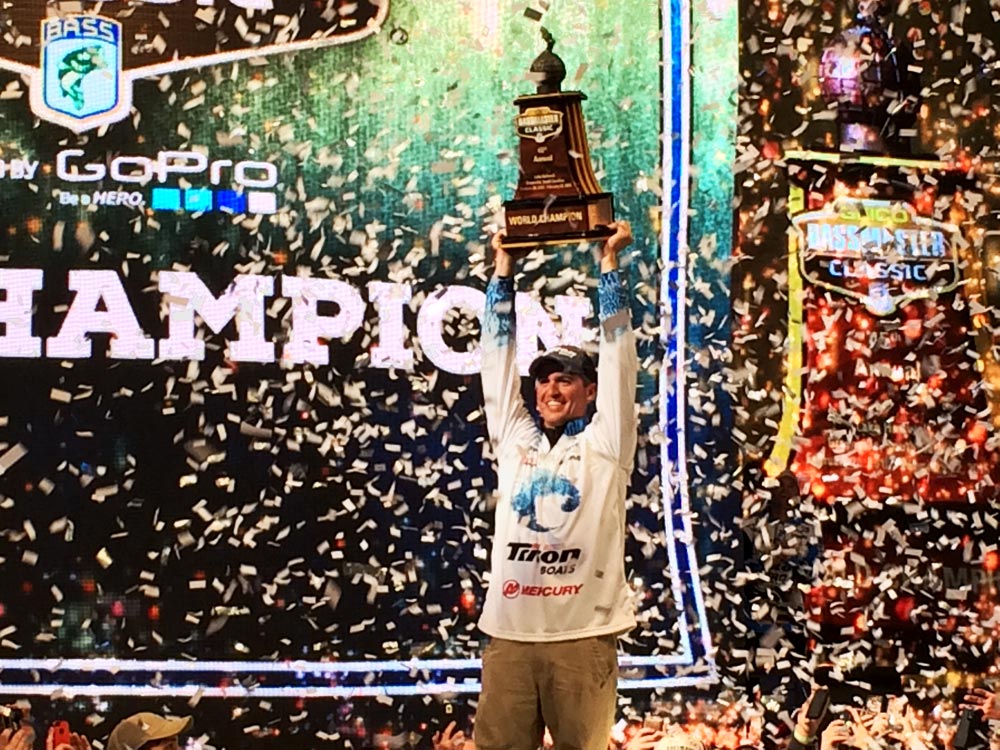 Fact is, modern bass anglers using modern technology are far more effective at finding fish during tough times than the weekend angler might have been 15 or 20 years ago. I feel also a large part of the “too cold” gripe stems from anglers that used to head south in winter. Even though a Florida winter doesn’t typically rival a Northeast winter, Florida strain bass were notorious for getting lockjaw during the colder months. Anglers figured, well, if the Florida bass won’t bite in February, no way fish will bite any farther north. Then somewhere along the line, smart anglers learned how to punch heavy mats with rattling jigs in winter, which consistently triggered reaction bites from cold Florida bass. Such techniques were largely developed by pro anglers “forced” to figure out how to catch bass in cold conditions. All of a sudden, instead of talking about bass with lockjaw, bags of winter giants were hitting the weigh-ins. The truth is that fans want to see big bass, and while the fishing may be more challenging, any bass nut will agree that your best shot at catching a true hawg is during pre-spawn. Not too mention, a ride in the live well is a lot less stressful on fish in cold water than 90-degree summer water.

Granted, bundling up in Gore-Tex and stuffing your pockets with hand warmers sucks, but I personally find a tournament in rough conditions more exciting, and it really tests the anglers’ prowess. That’s why I have to say congrats to Casey Ashley. Way to go on an exceptional cold-weather win!