Live The Stream: The Story of Joe Humphreys

Everyone has someone they credit with influencing them in the sport of fishing. Now granted, that was mostly my dad... 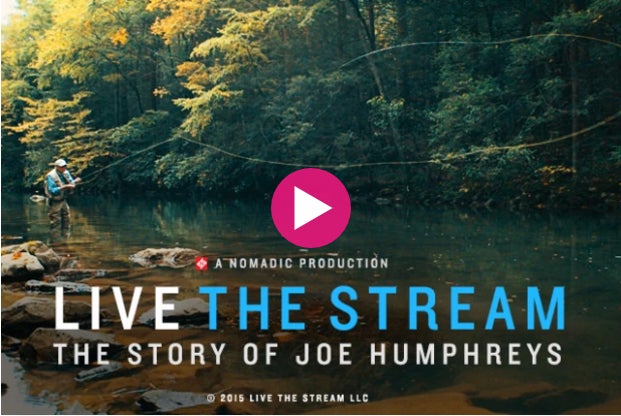 Everyone has someone they credit with influencing them in the sport of fishing. Now granted, that was mostly my dad and grandfather, but in terms of the spark that lit my fire for flyfishing in particular, one of the most important influences was Joe Humphreys. If you’re unfamiliar, Joe is the former flyfishing instructor at Penn State, a well-known speaker, a pioneer of nymphing strategies, author…the list goes on and on. Funny thing is, I only met Joe once at a book signing years after he helped shape me into a fly nut, and he wouldn’t know me from Adam.

His influence came thanks to an old VHS tape that featured a segment of Joe and Babe Winkleman fishing the limestoners of Central Pennsylvania. My best friend Mark and I watched it endlessly in high school, right around the time when we were just learning the ways of the long rod. At some point, we realized that the rivers Joe was fishing were only four hours away. So, with Mark’s parents’ old mini van and two new driver’s licenses, off we went, armed with Joe’s knowledge via VHS, two cheap 4-weights, and about $50 between us. It was my first fishing road trip, and although I’ve been on a whole bunch in the 17 years since, I can still recall every detail of that run to limestoner country. And now that you’re caught up on the back story, you’ll understand why I was so touched when a trailer for the film “Live The Stream: The Story of Joe Humphreys” popped up in my newsfeed.

At present, the crew behind this doc—which has already been following Joe for 9 months—is still trying to beef up funding for continued production. You can check out the full story on their Indiegogo page. I for one can’t wait to see the finished product, and I don’t believe a kinder, more caring flyfisherman, teacher, and inspiration is worthy of a full-length movie. Give the trailer a watch.