If you bass fish (and don’t live under a rock), you know that shaky head fishing has become one of... 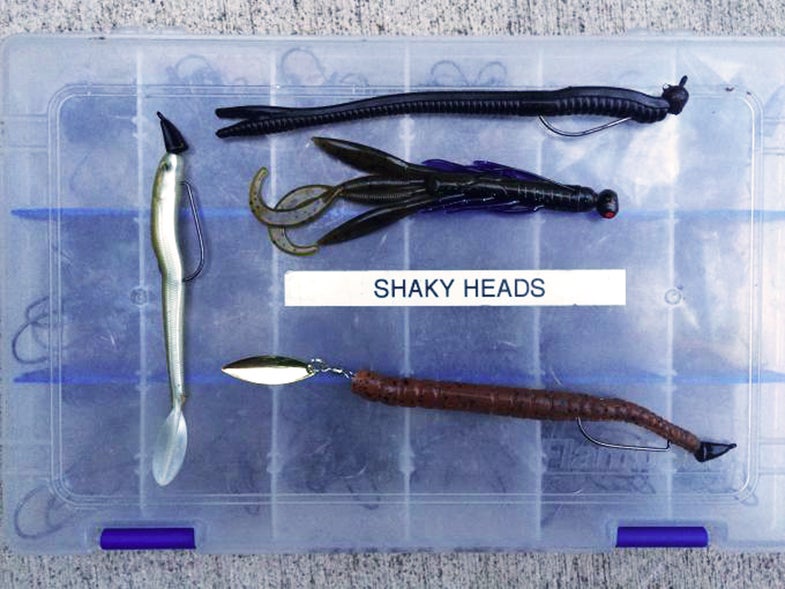 If you bass fish (and don’t live under a rock), you know that shaky head fishing has become one of the most popular and relied-upon tactics in the sport. No doubt it’s effective, but I often find that by mid-summer, bass have been so barraged by every shaky head presentation imaginable that it can be pretty hard to draw the same kind of vigorous strikes you did earlier in the season. But the method is too potent to take out of play. Instead, rethink your shaky heading during the dog days. Here are a few tricks.

Pop a Quick Stop
Most anglers reel their baits in really fast once they feel the rig is no longer in the strike zone. The thing with shaky head worms is that bass often investigate the bait on the bottom, but never actually bite it because ultimately nothing makes them finally react and eat. Your final retrieve may actually be the trigger. I’ve found that if I stop my high speed retrieve, basically just kill it for 1-2 seconds on the way back to the boat, I’ll get a few extra bites by the end of the day. I suspect that those were the fish looking at the shaky head but wouldn’t ever commit unless they thought the bait was fleeing.

Alter The Look
Give the bass something different to look at by slightly altering the shaky head. For example, small screw-in swivels with an attached spinner work well when schooling fish want a little flash on the fall. You could also thread a feather into the tail of the worm for added action, and even use scissors to add a lengthwise split to the worm’s tail. Most times these hybrids are rigged on a spare rod and are used for particular/unique situations, but I have experienced times when a tweaked worm pattern shines all day, especially when fishing high pressured lakes in mid summer.

Try Baitfish Colors
Forget about green pumpkin variations for a second and try baitfish colors (pearls, blues, silver). Little darter heads with minnow color worms have been really effective in clear water for decades. But even if there’s a little stain to the water, an upsized baitfish colored worm can be the ticket. Just be sure to pay particular attention to hits on the fall with baits in these colors, and don’t be afraid to fish a little heavier head than normal. The flashier colors and fastest-sinking baits make bass more prone to react and eat quickly.