Last week I wrote about angler Andy Belobraydic, who hooked into a state-record 140-plus-pound paddlefish in Table Rock Lake down... 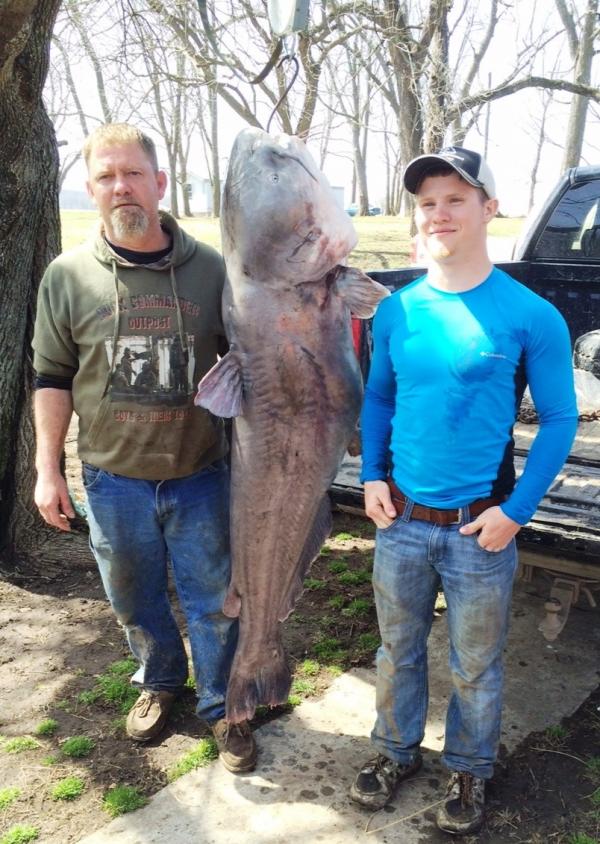 Last week I wrote about angler Andy Belobraydic, who hooked into a state-record 140-plus-pound paddlefish in Table Rock Lake down in Missouri. Turns out, on the same day, Burr Edde hauled in a 120-pound, 8-ounce state-record blue catfish on the Missouri River. Perhaps it’s time for a trip to the Show-Me State.

From the article on Missourinet.com:
[Edde’s catfish] was more than three pounds heavier than the previous record blue catfish caught in 1964 in the Osage River. He caught the catfish on a trotline, considered by the Department an “alternative method.” The Department tracks records in two categories: pole-and-line and alternative methods. The record for the largest blue catfish caught using a pole-and-line method also came out of the Missouri River, in St. Charles County in 2010.

For anyone that’s curious, Edde’s fish falls 23 pounds short of the world-record blue cat. Still, I’d be game for that tussle. To date, my biggest blue only weighed 46 pounds, and it gave the arms a whuppin.