My Theory On Why Rookies Always Catch The Most Fish

On my dad’s side of the family, I am the oldest grandchild and my cousin Nick (pictured) is the second... 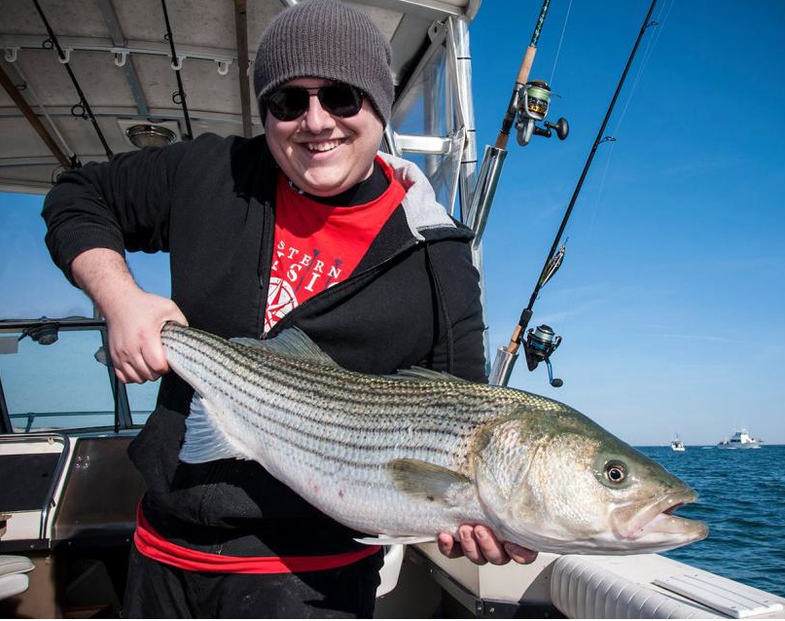 On my dad’s side of the family, I am the oldest grandchild and my cousin Nick (pictured) is the second youngest. We’ve got some years between us, so we don’t exactly hang out other than during family holiday gatherings. What Nick is frequently jested for among the Cermele tribe, however, is his propensity for not rising earlier than noon on any given day. Imagine my surprise then when last week my dad tells me Nick really wants to go striper fishing with us. “Fine,” I said. “But I don’t see that boy making a 6 a.m. dock departure.” Imagine my surprise again when he was there on time, and actually wide awake and raring to go. Cool, I thought. Now let’s see how fishy he is. Having spent time on the water with many a rookie, I’ve learned that it goes one of two ways. Either the person really doesn’t care that much about the fishing, therefore doesn’t really pay attention to what they’re doing, or they realize they’re flying blind and follow instructions to the letter. The latter is how Nick played the game, and even though he had zero experience catching bass on live bunker, he outfished me and the old man. He stomped the yard, but I actually think there’s more to rookie high-hooks than just listening. 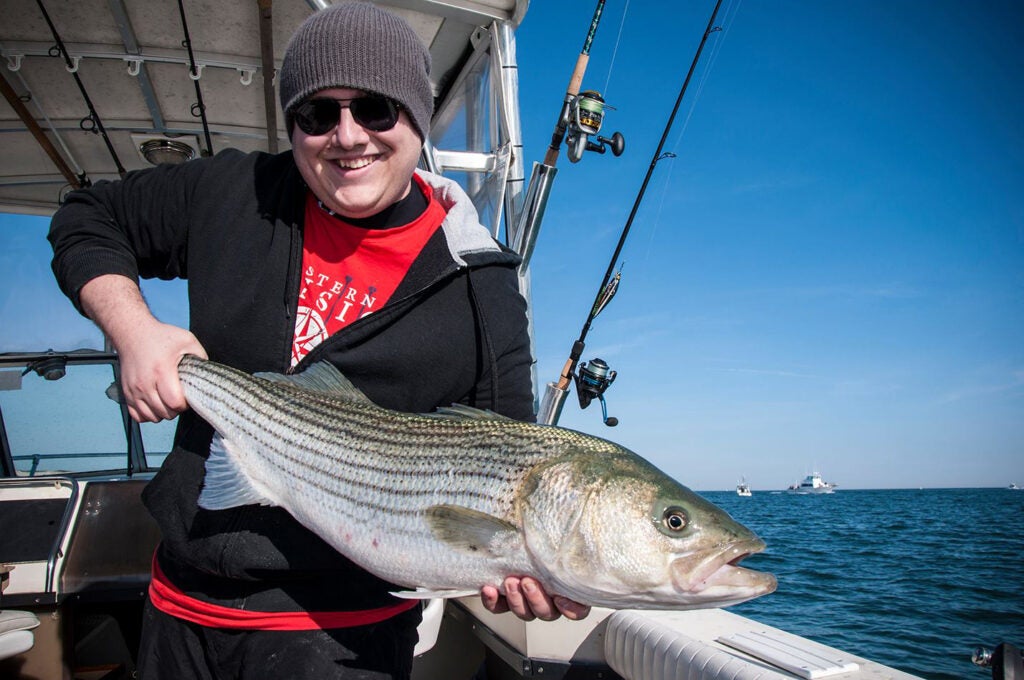 The real reason I think the new guy often crushes the seasoned vets boils down to expectations. When you live to fish, when you fully engulf yourself in it, you carry baggage. This fall bunker bite popped up out of nowhere, catching a lot of anglers off guard, me being one of them. For days I heard about how great it was, and my stomach was in knots because I couldn’t drop everything and get out there. When the day finally comes, there are a billion things running through your brain: What if the bait’s not there today? What if it’s a late afternoon bite? Should I be tight to the beach or offshore? Should I bring trolling gear in case the bunker bite stinks today? What if…what if…what if? Oh man, I really need to get a few fish in the boat today. While this is going through my head and raising my blood pressure, Nick is just enjoying a nice boat ride. He’s not worried about anything. He’s not going to get ribbed by a buddy that went north and crushed them while you went south and blanked. He doesn’t want in on the action so badly he feels like he’s going to barf.

Dog trainers claim your mood is transferred through the leash to your pup. It knows how you feel just by your grip and posture. I often think that applies to fishing. When we finally got live baits in the water, I was on point. Twitchy. Finger on the trigger. Tuned in for the take. Nick just sat quietly on my cooler holding his rod. Next thing I know, his line is running off at 100mph. Ten minutes later, he’s got his first-ever bass in the net. What he’s thinking is damn, that was awesome! What I’m thinking is, you have no idea how often it doesn’t happen like that, dude. Six more times during the morning, Nick’s bait got slammed. Our bunker were probably swimming within ten feet of each other, but maybe my jittery nerves transmitting through the rod gave my bait a different vibe. It’s almost like the more you want it, the harder it comes.

I think if we could all just fish with that mellow, “whatever” attitude of a rookie, we’d all catch more fish. But once you’ve turned on your maniac switch, it’s almost impossible to turn off, at least in high-pressure games like chasing bunker around with 300 other boats.