If you want to catch tarpon—lots of them—you head to the Florida Keys in June. And lots of tarpon was... 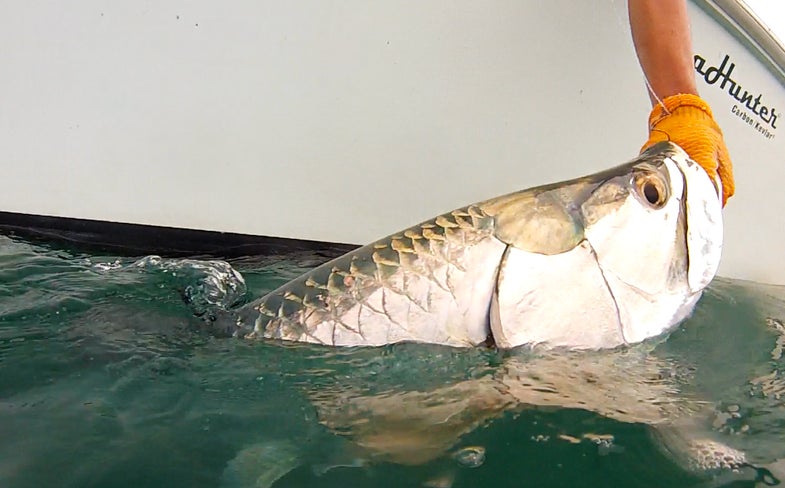 If you want to catch tarpon—lots of them—you head to the Florida Keys in June. And lots of tarpon was the plan when I flew to Key West with my buddy and fellow F&S writer Mark Modoski. Mark, you see, is a muskie freak. I, you see, have no luck shooting muskie shows. So when we decided to get together on another Hook Shots episode, muskies were off the table. I asked Mark what was on his bucket list, and thanks to being haunted by a lost tarpon in Aruba, he was looking for silver king revenge. I called up good friend and 3-time Hook Shots vet Captain Mike Weinhofer, and told we want to catch as many tarpon as possible in 2 days. “No problem,” he said. Of course, just because you’re in a tarpon Mecca doesn’t mean the game will be easy. In order for Mark to lose his tarpon viriginity, we battled soaking rains, finicky poons, and managed to tick off the U.S. Navy twice in the process. In the end though, arms were stretched, fly reels sang, Icy Hot was applied, and perfectly good shirts were ruined by copius amounts of tarpon slime. Enjoy the show.