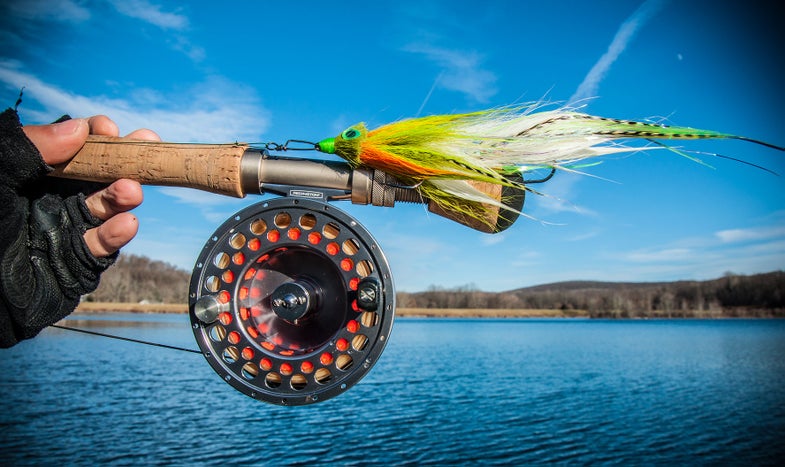 Last Monday, around 3 p.m., I made my official last cast of 2014. To be honest, at the time, I wasn’t sad about it, because I’d been swinging a 12-weight fly rod, monster reel loaded with heavy-grain sinking line, and a giant double bucktail since 9 that morning. It is a combo that leaves the shoulder feeling as if it just pitched a double-header. To be even more honest, my buddy Joe Demalderis and I kind of knew all that rotor cuff punishment was probably going to be for naught, but here’s the way we looked at it: It’s winter. The water is freezing and dead low. We could chase trout, smallmouth, or pike, and maybe catch one. Or we could flyfish for muskies and maybe catch one. If you’re only likely to catch one of something given the conditions, why not go out with a bang and make it a ‘ski? 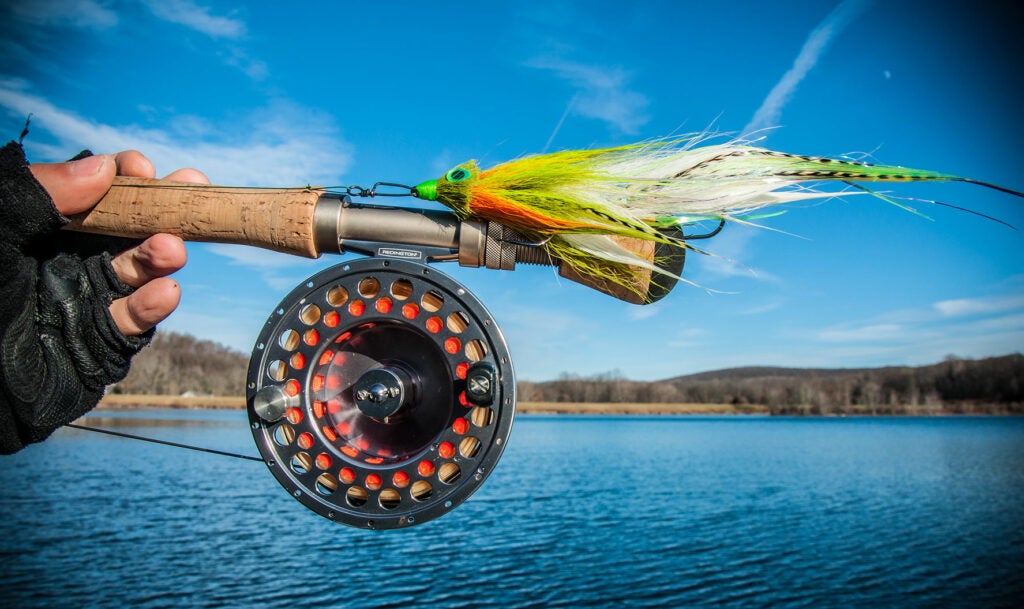 Sadly, I must report that I still have not managed to hook into a muskie on the fly. Sadder still, we couldn’t even scratch up a half-hearted “thanks for playing” follow. If I had the day—the last semi-warm day in the long-term forecast, by the way—to do over again, I’d go back to the same lake looking for muskies, because despite the last-cast-of-the-year down note, if things had gone the other way, oh what a closing note it would have been. The effort alone, I figure, has got to be worth more than another stocked trout, hammer-handle pike, or comatose smallmouth dredged up from the bottom of a black hole in the river.

What was your final catch—or attempt—of 2014? I truly hope the outcome was a little better than mine. As always, thanks so much for reading this year. I wish you all a happy New Year, and all takes, not follows, in 2015.