This article from The Rausch Outdoor Chronicles is a few years old, but fascinating none the less. Did you know... 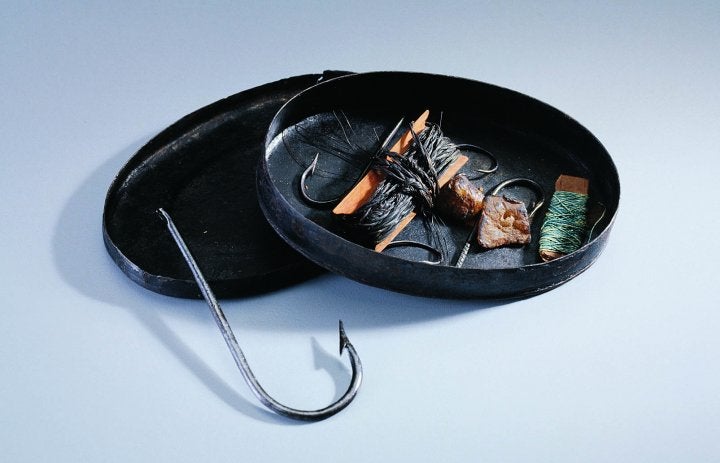 This article from The Rausch Outdoor Chronicles is a few years old, but fascinating none the less. Did you know our first president was an avid angler? Did you know he fished both in freshwater and offshore for species like cod? Did you know his favorite fish to eat was shad (gross!)? Me either, but apparently G.W. was always prepared to wet a line, traveling with his trusty stripped-down tackle box shown below. At first glance, you might think you couldn’t be very effective with such a rig. First, let’s not forget that back in his day, the waters were teeming with fish. Second, do you really need more that a few coils of line and a few different sized hook? It’s kind of the equivalent of carrying one leader, one spool of tippet, and ten flies you know are going to produce. George was clearly not worried about clearing the shelves at Ye Olde Bass Pro Shops.

From the article:
There are some that insist that General Washington was a fly fisherman. Unfortunately, there is no proof that he ever flyfished. He was meticulous in his record keeping, annotating every expense he incured. While there is mention of nets, fish hooks, and line, no mention is made of any flyfishing gear.

See that? He was all about the Ye Olde Banjo Minnow.