The Most Wince-Inducing, Certifiably Insane Fish Victory I’ve Ever Seen

Way back in May, I posted a blog called “Surf Fishing For Tuna In A Meat Grinder” that featured a... 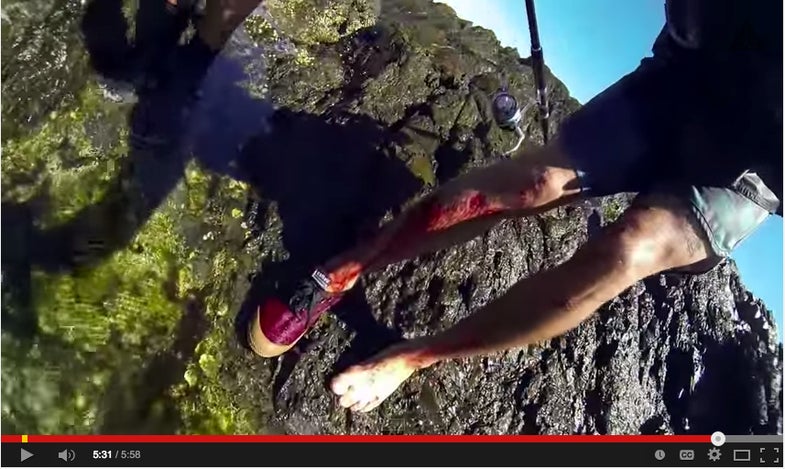 Way back in May, I posted a blog called “Surf Fishing For Tuna In A Meat Grinder” that featured a video from some extremely crazy (and dedicated) rock-hopping fish heads in Australia. These boys make Montauk surfcasters look like cub scouts. Not only are they fishing in the path of gnarly waves, they’re jumping around on wet barnacle-crusted rock faces wearing sneakers and shorts. Where they fish, there is no easy escape route. Of course, the reward for this lunacy is tying into tuna, mackerel, sharks and other species the average U.S. surf angler will never hook. At the very end of that video—which I believe was a teaser for a pending series—we see one of the fellas take a nasty spill. Cut. Fade. Leave us hanging. Well, this video gives you a play-by-play of the event in its entirety. There’s blood. There’s a lot of gurgling. There are snapped bones. But at the end of it, there is a tuna in a size class that I would be thrilled to catch offshore, let alone with my feet (kind of) planted on dry land.