You may or may not have heard about the 8.4-pound smallmouth (pictured) recently caught in New York. Well, it was... 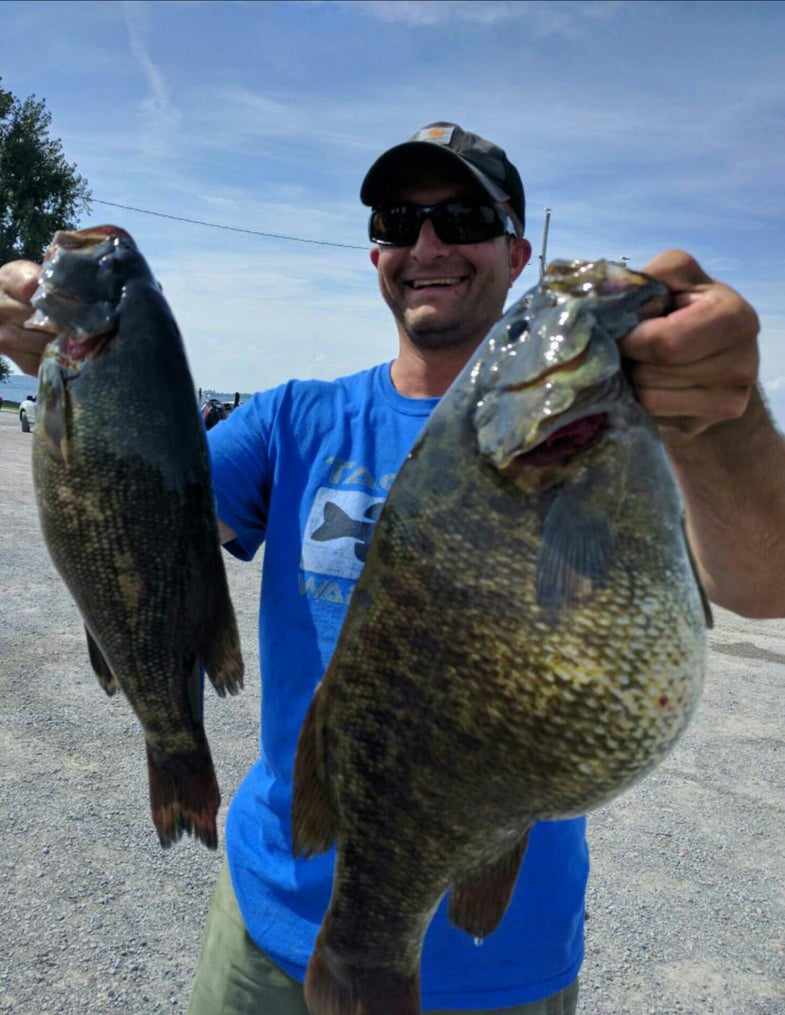 You may or may not have heard about the 8.4-pound smallmouth (pictured) recently caught in New York. Well, it was actually my good friend Patrick Hildebrand that caught it. Patrick and I met a few years ago at Lake Champlain during a tournament, and when I heard about this massive bronze, I called right away to get the story. Patrick was fishing a tournament on the St. Lawrence River when he boated the fish, and what he told me verifies something every single angler understands: Sometimes you’re just lucky enough to be there when a certain set of stars align, and a window like no other opens ever so briefly. Here’s the scoop.

The weather was super calm in the early morning on tourney day, but forecasted to blow hard by 10 or 11 a.m., so Patrick planned to head to Lake Ontario where bigger stringers are usually (and quickly) caught while he had the chance. If you know this fishery, you know that the prevailing west wind blows into the mouth of the river, making it rough because of residual waves on even some of the calmest days. The problem is, you just don’t know how ugly it will be until you get to the mouth and see yourself. When Patrick got to the mouth, the waves were huge, so he decided to head back in the river and probe some deep open-water smallies during the short window he had before the weather rolled in. He got to his first spot, which is usually rough even for the river, and was surprised to see that it was exceptionally calm. He actually saw that giant fish on his graph and was able to drop on his nose with precision accuracy in 35 feet of water. On the third drop, it bit. Just so you know, that’s a tough thing to do without spooking the fish.

The spot itself is a big fish’s dream, but it’s not often that Patrick is able to sit on it like that, let alone drop on a single big fish without having to run the trolling motor. There’s a lot of current in this open area, but the money spot is a giant eddy that corrals the bait and provides big slob bass a deep resting area where they don’t have to fight much flow. Patrick attributes the size of his fish to both the quantity and size of the gobies stuffed in this area. The goby bites were abundant, and he even pulled up a few 6-plus-inch specimens. The thing is, as fast as he got there and caught the giant and the other five pounder in the picture (yes…the other smaller fish is a fiver), the calm spell was over and that window of opportunity closed. I guess this all adds up to more proof for my theory about perfect storms and big fish catches. When you boil down any success on the water—great or small—timing is often everything.

In case you’re wondering, Patrick’s fish tied the NY state record smallmouth, and he told me it has been very difficult to find a replica mount because of the ridiculous dimensions of this fish.