The Three Easiest Ways To Lose The Bass Of Your Dreams

Everybody loses a big bass now again. It’s just the nature of the beast. The silver lining, of course, is... 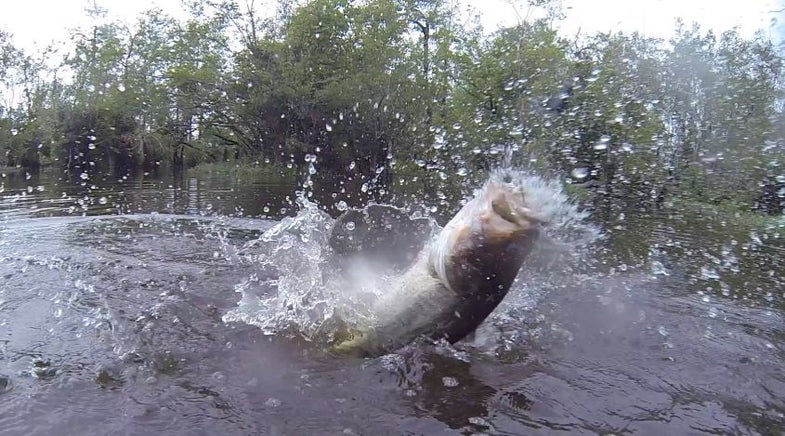 Everybody loses a big bass now again. It’s just the nature of the beast. The silver lining, of course, is that every lost bass should be a lesson that will help you the next time you connect with a hog. I’ve lost lots of big bass over the years, so here are three factors that I see repeatedly spell doomsday for a bass fisherman’s trophy dreams.

The Macho Hookset: Hooksets should be like snowflakes; never identical. The problem is that in the spur of the moment when a bass aggressively bites, the mind begins racing, and instead of custom tailoring the velocity of the set or the angle of the rod rip, it all just gets turned into one big fat upward macho trainwreck. And with the big rip, often comes a line snap. For too many guys, the power swing seems to be an unbreakable habit. Perhaps it’s cooped up aggression. My advice is to think about the set based on the scenario, structure, angle of the cast, and lure choice before you ever have to set. Basically, pay attention to the details of every cast and each bite. 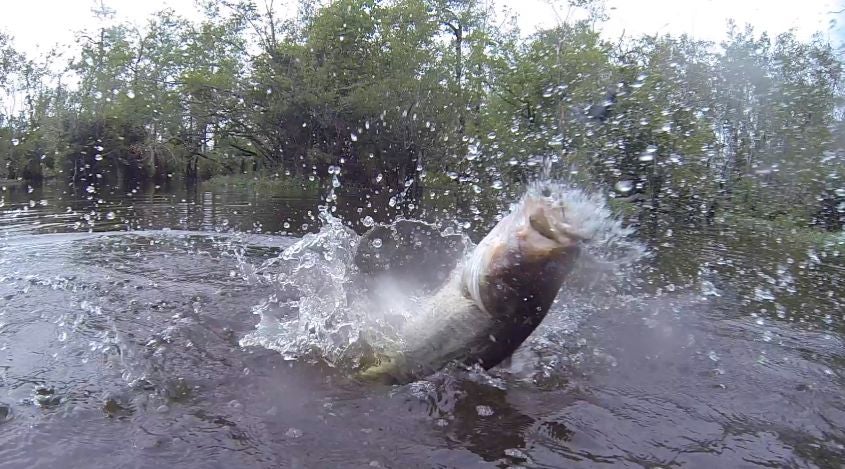 The High-Energy Crank: Outside of the fact many anglers forget to set their drag accordingly, or even adjust it midstream based on the fish size and fight, some people just never stop reeling when they have a big fish on. It’s like their mind says “go” and nothing can shut off the winch. In boxing terms, reeling a big fish in without losing it is more about strategic counterpunching then it is about offensively pounding against the ropes. Even if your tackle is strong enough to drag a trophy in non-stop, continuously reeling causes other problems, the biggest of which involves the hook losing its hold in the bass’s mouth, or tearing too large of a hole only that lets the hook shake out later in the fight. Practice the lesson of Ali’s Rope-a-Dope by letting the big bass just “do it’s thing” until you see your opening…then it’s time to “sting like a bee”.

The Slack Factor: Anglers that repeatedly lose big fish tend to either have no plan for when the fish jumps, or more commonly the wrong plan. The biggest offense in the latter involves giving the bass too much slack line on a jump, and it especially happens when angler’s panic at the sight of a launching big grump. Slack on a jump is a bass’s friend. It allows them to shake the hook(s) free when they jump and rattle their heads. The proper amount of tension is the ever-changing snowflake in this scenario, too much is overpowering, too little gives the bass leverage. Moderate line tension with the rod tip down during jumps gets more big ones in the boat.