The World-Record Hake That Was Almost Hake Fritters

Here’s a great reminder that just because a species isn’t super-sexy and in the front of our minds—like sailfish, tarpon,... 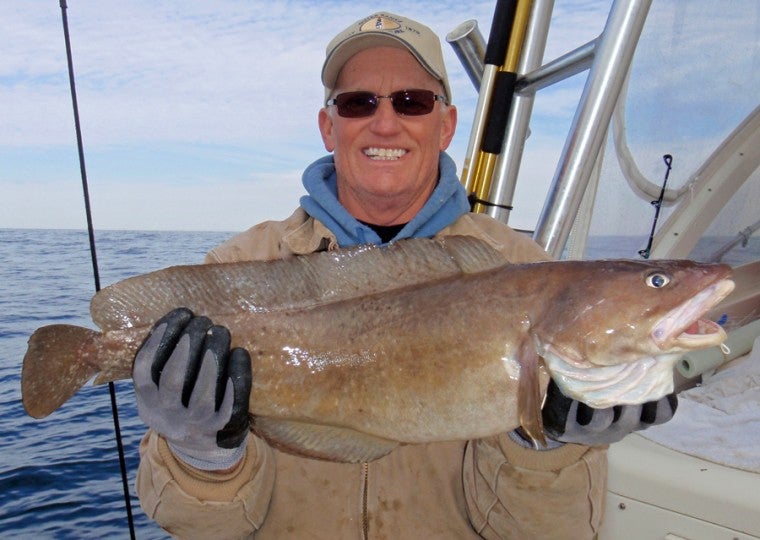 Here’s a great reminder that just because a species isn’t super-sexy and in the front of our minds—like sailfish, tarpon, and largemouths—doesn’t mean there isn’t a spot on the records books for their ugly mugs. I’m actually friends with the guy who caught the world-record bergall. If you don’t know what that is, don’t worry about it. Just a little Atlantic bait-stealer that screws up your bottom-fishing game. Anyway, in a similar story of off-the-radar (yet tasty) fish, check out the photo below of Johnny Boyd with a 5.68-pound Carlonia hake. This member of the cod family was a surprise catch for Boyd on Super Bowl Sunday while he was tog fishing off Virginia. According to this story on Pilotonline.com, later that day, Boyd got a call from the Captain Ken Neill who ran the trip. Neill was praying Boyd hadn’t dusted the hake in cornmeal just yet. Luckily, he had not.

From the article:
Neill, a Virginia representative to the International Game Fish Association, was told by the IGFA’s Jason Schratwieser that the fish was a potential world record.

“The whole day was really neat for me,” Boyd said. “It was like a three-hour adventure for me and it was impressive with how dialed into the fishing community Ken is. He’s so well connected. He made calls and made things happen.”

Boyd’s hake weighed 5.68 pounds and will almost assuredly be the initial IGFA record for the species.

So next time you hook into a bowfin or dogfish or giant sucker, check the record before you toss it or use it for muskie bait.