Thanksgiving is the sportsman’s holiday. And every year, my post the day before is all about what I’ll be chasing... 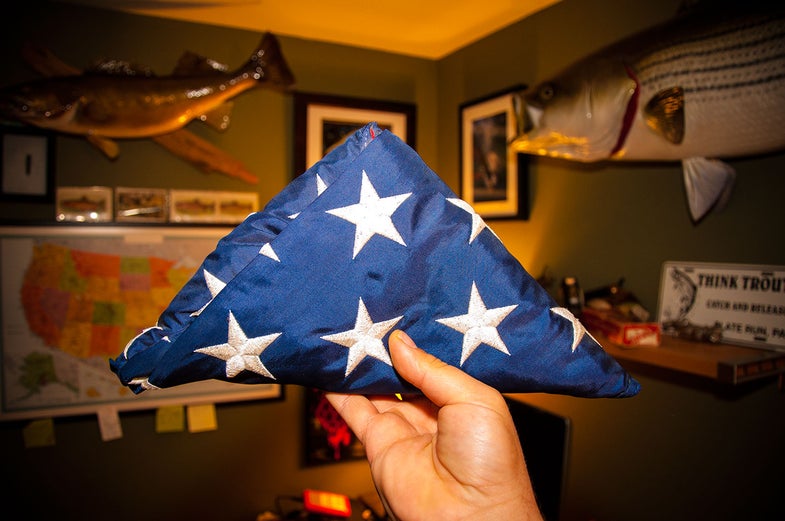 Thanksgiving is the sportsman’s holiday. And every year, my post the day before is all about what I’ll be chasing on the water over the long weekend, and asking you what you’re going after, be it something with fins or fur. I’m going to skip that this year, all because of a package I received this week. Pardon the length of this post, but it’s definitely deserving of a few extra words.

Almost two years ago, I got an email from Sam Hesse, a Marine who was stationed in Washington State at the time. He was a fan of “Hook Shots,” and was wondering if I had any insight into how he might catch steelhead in a few local rivers during his little free time. I’m not very well versed in West Coast steel, but I gave him whatever pointers I thought would be helpful. Then I tied him a handful of flies and sent them along. The next time I heard from Sam was the following summer. This time he had a big leave coming, a chance to stray far from the base if he chose, and wondered if I had any suggestions for fishing spots. I did one better. I called my buddy Ed Walzer, who lived a few hours away, and asked him if he’d take Sam out for tiger muskies, which Ed happily did. They had a great time, but as muskie fishing often goes, they didn’t get one on the line. Still, Sam was thrilled that I hooked him up, and couldn’t thank me enough, even though no thanks were necessary. Helping anglers is what I’m about. 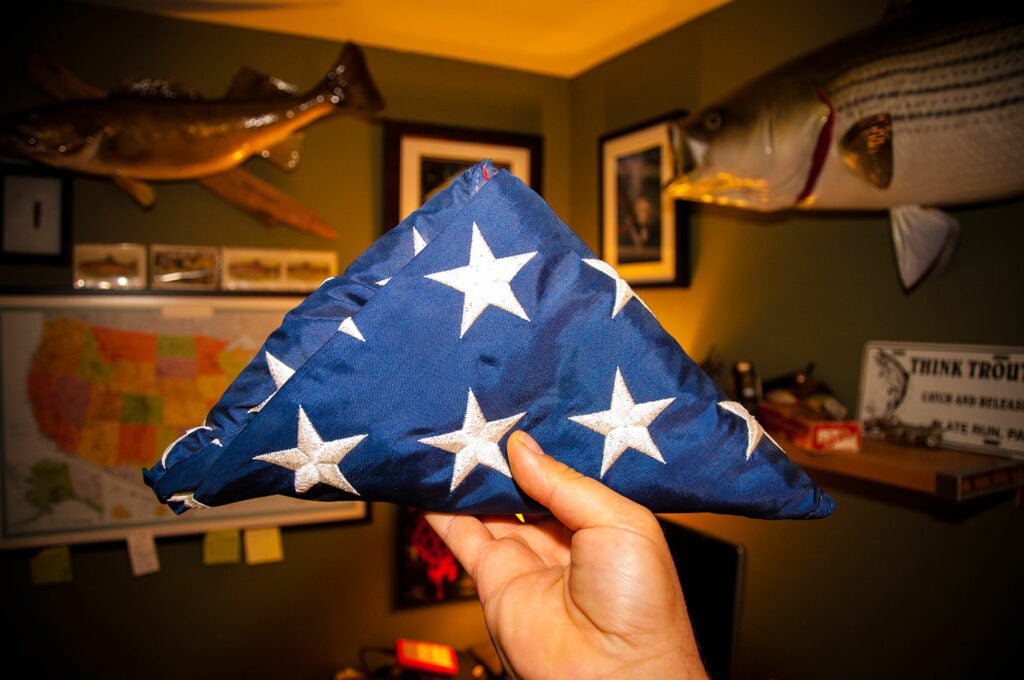 I didn’t hear from Sam again for a while, then out of the blue he writes and says he’s being deployed to Afghanistan in a few days. The plan was to return last April, and he wondered if I had recommendations on where to go redfishing. As soon as his tour was over, he and a friend wanted to get on the water. I told him when he got back, I’d help him out. Well, Sam is still overseas. That April return date has come and gone, and I know this because in that package was one of the best gifts anyone has ever given me. It’s hard to see in the photo, but the flag Sam sent is dusty from flying over Kandahar Airfield during Operation Enduring Freedom XIV. He wrote: I just wanted to send you a little token of appreciation. You really have no idea what watching Hook Shots, reading about fishing or hunting, or anything that distracts you does for your morale. Words cannot express how much this flag means to me, though to be completely honest, I don’t entirely feel worthy of owning it. Which brings me to why I’m not using this space to talk about what we’ll all catch or shoot over the next few days.

Sam ended his note like this: We’re getting ready to get up on out of here, then we’re off to Kuwait, where our Brigade Headquarters is deployed. Waiting on the word whether we’ll be re-missioned to Kuwait or Iraq. So no word yet when we’ll be home. The reason I say I don’t feel worthy of that flag is because while I may have helped Sam get on the water and given him a few flies, that is nothing in terms of generosity when compared to being away from home and family during the “sportsman’s holiday.” Sam isn’t fishing or hunting over the next few days so that you and I can. There is not a fish swimming anywhere right now worthy of more thanks than Sam’s (and all our troops’) sacrifice, and on a personal note, there is not a fish on the planet I’d trade that flag to catch. I will cherish it forever.

Have a great Thanksgiving everyone, and Sam, if you happen to read this, we’ll go redfishing together when you’re back. You can hold me to it.