Trout Style Flyfishing For Smallmouths Is My New Favorite Challenge

September and early October have always been my favorite times to chase smallmouth bass on the Delaware River. It’s cooling... 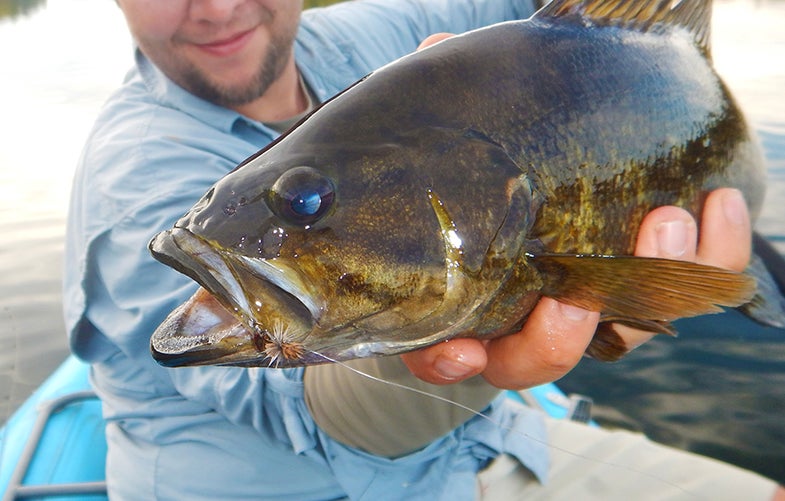 September and early October have always been my favorite times to chase smallmouth bass on the Delaware River. It’s cooling down, so the fish put on the feed bag, but it’s not so cold that they make you sit over deep holes and work a tube over and over and over. They’re still aggressive, willing to take shots at stickbaits and Clouser minnows. The only problem this year is that the river is dead low. In fact, it’s lower than I’ve ever seen it in my life. Factor in that it’s also gin clear and, well, my favorite times to fish have not been so great this season. At least not in the traditional sense. While it might be tough to score fish or jerkbaits and poppers, the bug life is super intense. I’ve caught my share of smallies on whiteflies, but those bugs are pretty big. Lately, the bass have been on teeny tiny emergers, and it has made for some of the most frustrating and rewarding bronzeback fishing I’ve ever experienced. 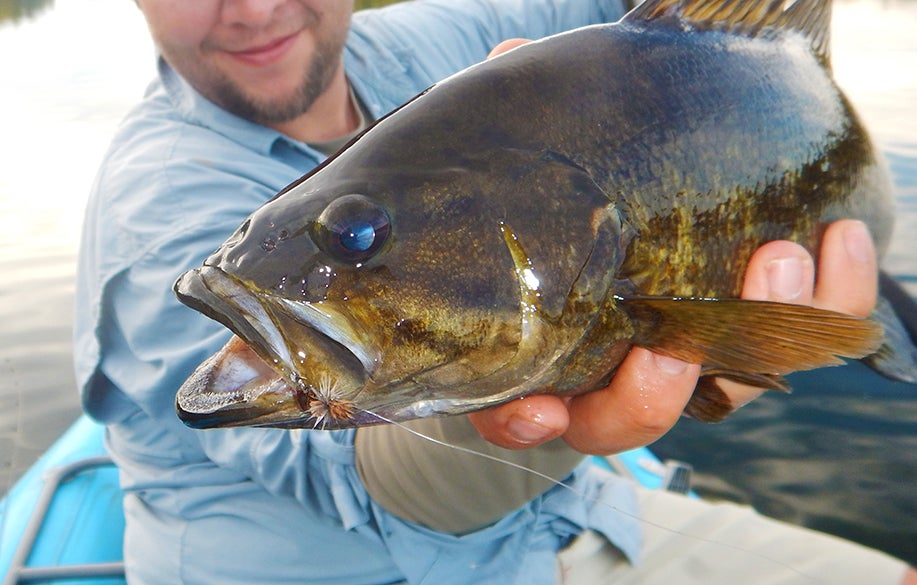 Like clockwork every evening for the last couple weeks, if you’re in the right place at the right time, the fish gods flip the switch. Water that was dead when you got there is suddenly boiling with wakes and dimples. Bass tails gently wag in the air as they cruise for bugs. But try as you might to get one to eat a dry fly on the surface, they just won’t. Twice I’ve had friends out that were left dumbfounded, essentially saying, “They’re smallmouths. How picky can they be!” Apparently, they can be as snobby as a wild brown trout in a English chalk stream when they feel like it. The secret, I’ve learned, is hanging an emerger 6 inches under a big dry. Based on the amount of activity, you think you’d hook up on every cast, but you don’t. It has to be the perfect swing in the perfect spot for you to maybe get an eat. If you do, then the real challenge begins.

Despite the tiny rings made by some of these fish, the majority are pretty meaty specimens. Trying to out-muscle a big bass with nothing but a size 18 emerger and 4X tippet keeping you glued ain’t easy. We’ve been losing more than we’ve been landing, but if you play light, let ’em run, and take your time, you might get one or three to the net. And of all the smallmouth I’ve caught in this river in my life, the ones I fooled flyfishing trout style have been some of the most memorable.

What’s your experience hooking bronze on tiny trout bugs? Have a great weekend.