Shark-attack stories—from little nips to serious chomps—pop up in the news all the time. Swordfish attacks? Now that’s rare, especially... 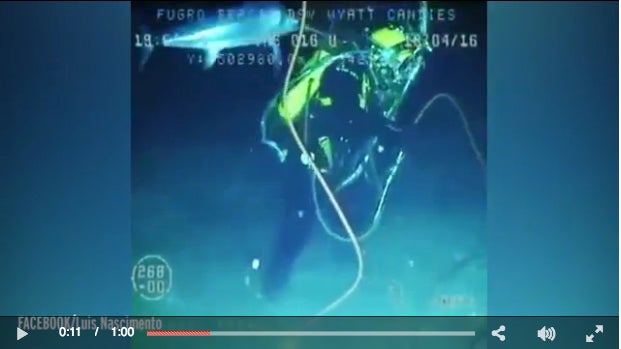 Shark-attack stories—from little nips to serious chomps—pop up in the news all the time. Swordfish attacks? Now that’s rare, especially considering these fish live in the deepest, darkest parts of the ocean. If you want to catch one, most of the time it requires dropping 5 to 10 pounds of weight to get your bait more than a thousand feet down. That’s not to say, however, that swords never roam shallower. This story from the U.K.’s Mirror is pretty hazy on the details as to why this diver was on the ocean floor off Brazil. If I were a betting man, though, I’d say he was doing some kind of work on an offshore oil or gas rig. Regardless, this broadbill swoops out of the darkness and seems really intent on inflicting some damage. It misses the diver’s body, but rams his air hose and tank, getting itself wedged in the process. The video ends with the diver moving up a rope towards the surface with the stuck swordfish tagging along. Perhaps some grilled sword medallions came from this. I know I would have wanted to eat that sucker after it came at me with that attitude.