I’ll kick this off by saying that I’m fully aware a 1- to 3-weight fly reel with a drag system... 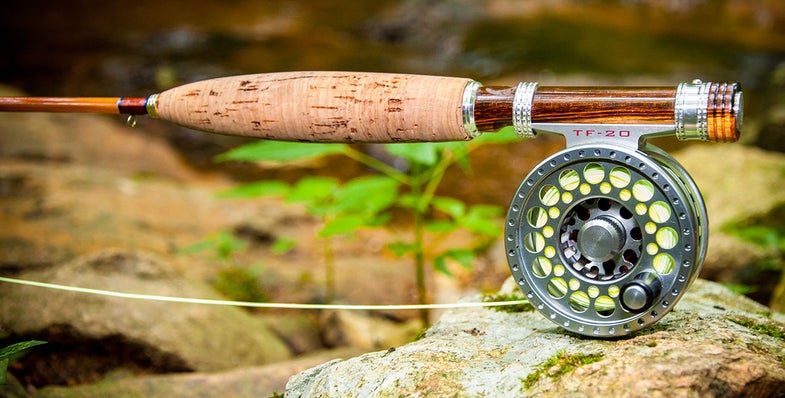 I’ll kick this off by saying that I’m fully aware a 1- to 3-weight fly reel with a drag system capable of slowing down a running leopard is not something on every angler’s wish list. And why would it be? If you’re chasing fish with a 1- to 3-weight rod, odds are pretty good that the tug of your target is not going to be followed by a smoking run. Point being, I’m not suggesting 3-TAND’s TF-20 is something everyone needs to have, I’m just saying it exists, and I played with one, and the drag in this little beast could, in fact, halt a hippo. I know this because while hunting down some wild browns and brookies over the weekend with a 6-foot, 3-weight cane rod, a tiny bugger intended for a 7-inch fish got sniped by a monster rainbow. Check out the video and you’ll see it go down. The TF-20 did its job as well as its bigger cousins that have done me proud in the salt. So if you’re the kind of fly angler that likes to push the envelope and live on the edge in terms of light rods and big fish, this may be the reel for you. If you’re not but you want a little “holy crap insurance” in case something unexpected takes a swing at the bluegill pond, $180 for a reel machined with this level of quality isn’t too bad.