What Fishy Things Would You Make With A 3D Printer?

If you follow technology trends even a little bit, you know that 3D printing has quite a buzz going. As... 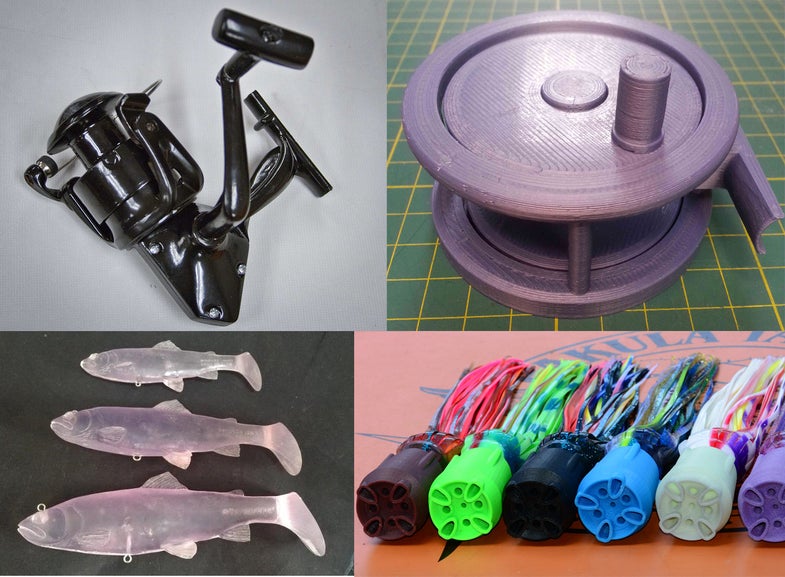 If you follow technology trends even a little bit, you know that 3D printing has quite a buzz going. As these printers become smaller and more affordable, people are using them for all sorts of neat stuff. There’s been a lot of debate over how they’re being incorporated into the gun world, but this article on 3Dprint.com focuses on the freshman design class at Oklahoma State University, and what they’re doing with these printers. All of their creations are rather impressive, but I’m most intrigued by one student’s spinning reel (top left). Per the article, it’s been tested, it’s fully functional, and even caught its maker a “stringer of fish.” Prompted by the piece, I started poking around to see what else 3D printing is being used for in the fishing world, and Santa, if it’s not too late, I’ll take a 3D printer, please. You know that awesome feeling you get when a big trout crushes some original fly you created at the vise? How cool would it be to land it on a fly reel you made, too?

I found a forum post on Seemecnc.com from a guy who’s working on a 3D printed fly reel that requires no other hardware components (top right). Pretty wild. Australian company Pakula Lures, which makes gorgeous traditional offshore trolling lures, recently added a new line of 3D printed jet heads that look super sweet (bottom right). Perhaps more than anything, 3D printing is revolutionizing the soft plastics industry. Anyone who’s ever had custom soft plastic molds made will tell you it’s a process, and very costly. With a 3D printer, you can make you own molds, and if the baits that one of them produces look off, toss the mold, tweak the design on the computer, and print another. If I actually owned one of these printers—and then actually learned how to use it—I’d drive myself mad tinkering. Even if I weren’t going to create something totally fresh, I’d at least pump out replacement parts for the sake of customization. You want a neon green drag cap for that reel? Coming right up. What would you do with a 3D printer?