Which Flies Do You Think Make Up Fly Fishing History?

I ran into this snippet of an article on the website of the _Wall Street Journal_ about a new book... 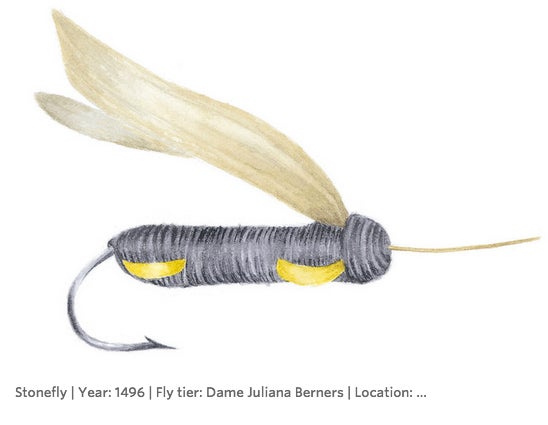 I ran into this snippet of an article on the website of the _Wall Street Journal_ about a new book due on shelves in the near future. The title is “The History of Fly-Fishing in Fifty Flies,” and the author is Ian Whiteclaw. There are a handful of illustrations from the book you can look through on the site, including the one below of Dame Juliana Berners’ original stonefly, which sort of looks to me like an early version of the Bitch Creek.

Now, when I first read this piece, I thought, “I can probably name every fly they’re going to include.” But then when I stopped to think about it, 50 isn’t really all that many if you’re telling the whole history of the sport, and just based on the few preview illustrations alone, Whiteclaw is digging pretty far back in time, but he’s got some surprising newcomers listed as well.

From the sneak peek I can tell you Berners’ Stonefly, the Palmer Worm, Ogden’s Fancy, the Silver Doctor, the Bass Popper, Lefty’s Deciever, Matuka Streamer, Ice Cream Cone, and the Annihilator are in. I hate to admit it, but I’m not familiar with a bunch of those, so I’m genuinely pumped to get my hands on a copy and find out why they made the cut.

If I had to throw down 3 not-so-obvious contributions of my own, they’d be:
Sex Dungeon – Kelly Galloup’s pattern that basically sparked the jointed trout streamer revolution
Bunyan Bug – The cork beauties casted by the Maclean brothers back in the Coolidge years
Chernobyl Ant – One of the first all-foam bugs to draw up giant trout with that super surface slap they make