Why You Should Never, Ever Overlook Current Any Time Of Year

Someone recently asked me if current is ever a non-factor in bass fishing, and after thinking about it for a... 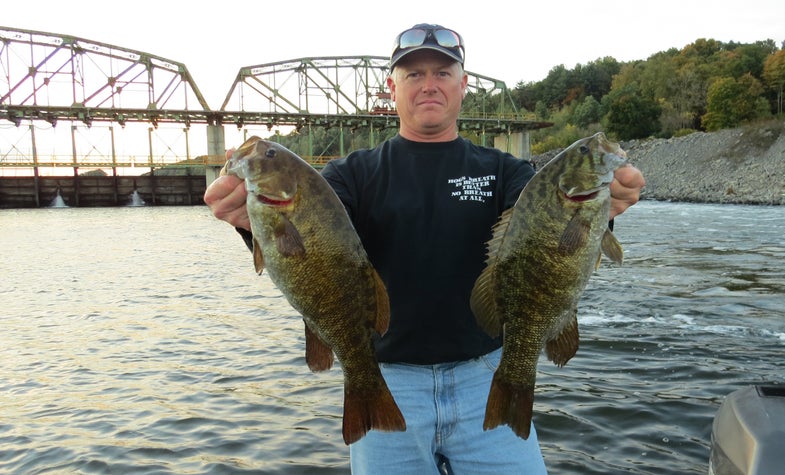 Someone recently asked me if current is ever a non-factor in bass fishing, and after thinking about it for a second, I said “never.” Just to check myself, I posed the same question to three fishing buddies that target water with current a bit more often than I do. One friend, Scott Shafer (pictured), fishes the Mohawk and Hudson Rivers in New York right up until they ice over. Another fishes the TVA chain of lakes, which runs through various Mid-Southern states. And my last friend casts all year on the Harris Chain of Lakes in Florida. So do these boys ever overlook current? Their answer was familiar: “never.” 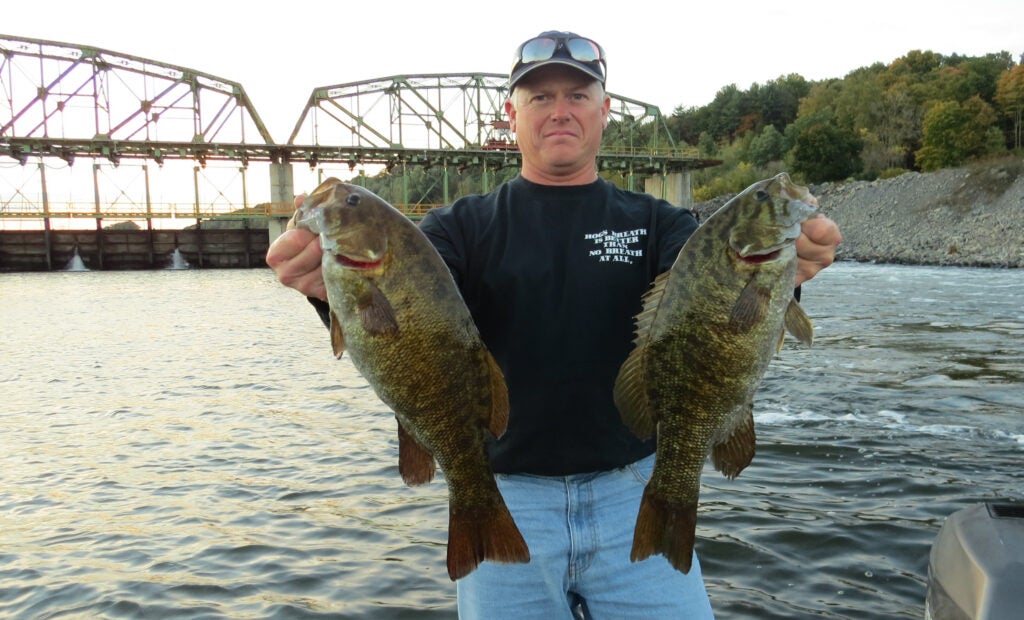 The bottom line is that current acts as the primary catalyst in all bass movement regardless of season or water temp. Yes, that means cold water, too. It’s a fallacy that bass don’t use current in winter. Many people also think bass stop using current during the spawn, but that’s not really the case either. Generally speaking, flow oxygenates water, thereby activating and positioning forage, which consequently makes any given location either more or less livable for bass. I know what you’re thinking: “Why do I often catch more bass out of the current?” Because in many situations, those are the spots the current (because of flow rate, position of the bait, and so forth) makes most appealing to the bass. In the end, though, the current itself remains the major driving force that directed the bass to the calm spot. Still with me?

Current positioning will always be most obvious in places like the Hudson River, especially in the tidal zone, which fluctuates several feet a few times a day. And let me tell you, Shafer still catches them best during moving tides, even when the late fall water temps are in the low 40’s. The same goes for places like the TVA Chain that has power generated dams, which ignite populations of bass around current spots, especially when the water is flowing. There, it’s not uncommon for my other friend to catch great stringers even during the spawn around high flow areas. It’s less obvious, but equally apparent upon closer examination, in places like the Harris Chain of Lakes in Florida, which is basically a maze of canals and lakes that are all connected by subtle flow. In these labyrinth-like systems, my friend finds that even a subtle wind shift can create or alter current, and subsequently increase bass activity in one lake or canal more than another. That fact alone always heightens his awareness of the wind for the day, and even the days preceding his outing.