I won’t lie. Part of the reason for this post is a touch of plain old bragging. Two weekends ago... 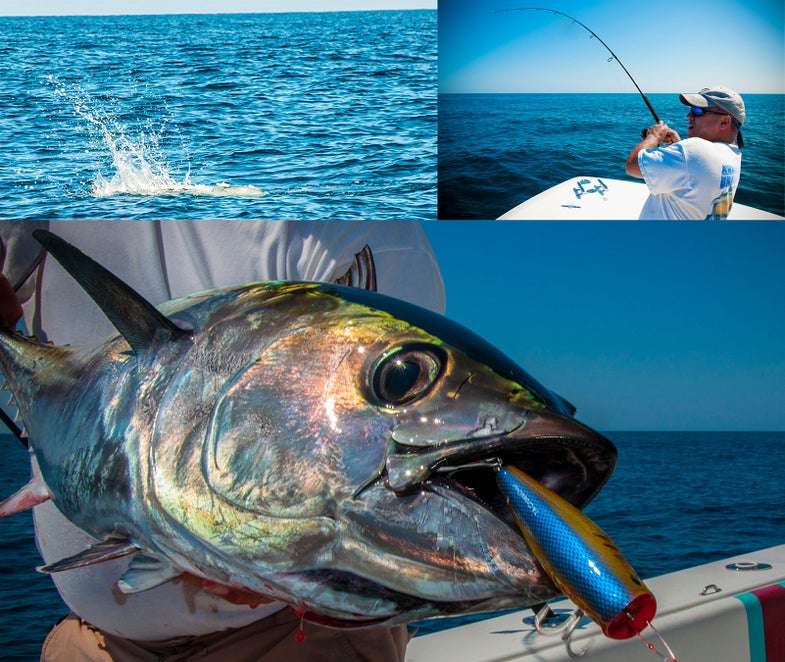 I won’t lie. Part of the reason for this post is a touch of plain old bragging. Two weekends ago I was offshore with a couple long-time fishing buddies and something exceptional happened. Late in the day, the bluefin tuna started cruising along the edges of giant ray schools and feeding up. Not only were they eating on top, but we were the only boat on them, and they were staying at the surface long enough to actually move in a get some legit shots with spinning rods. Tuna guys understand why I call this exceptional, but for the non-pelagic hunters, here’s the deal. Every tuna season, we troll 95% of our bluefins. You might have some light spinning gear and poppers on the boat, but you can’t ever bank on the right situation to actually use them. Just having one shot in a day at popping a fast-moving tuna school is killer. Having one hit the lure and knock it up in the air—which they frequently do—is a big bonus. Having not one, but six tunas smash the lure and get hooked? Well, that’s just exceptional. 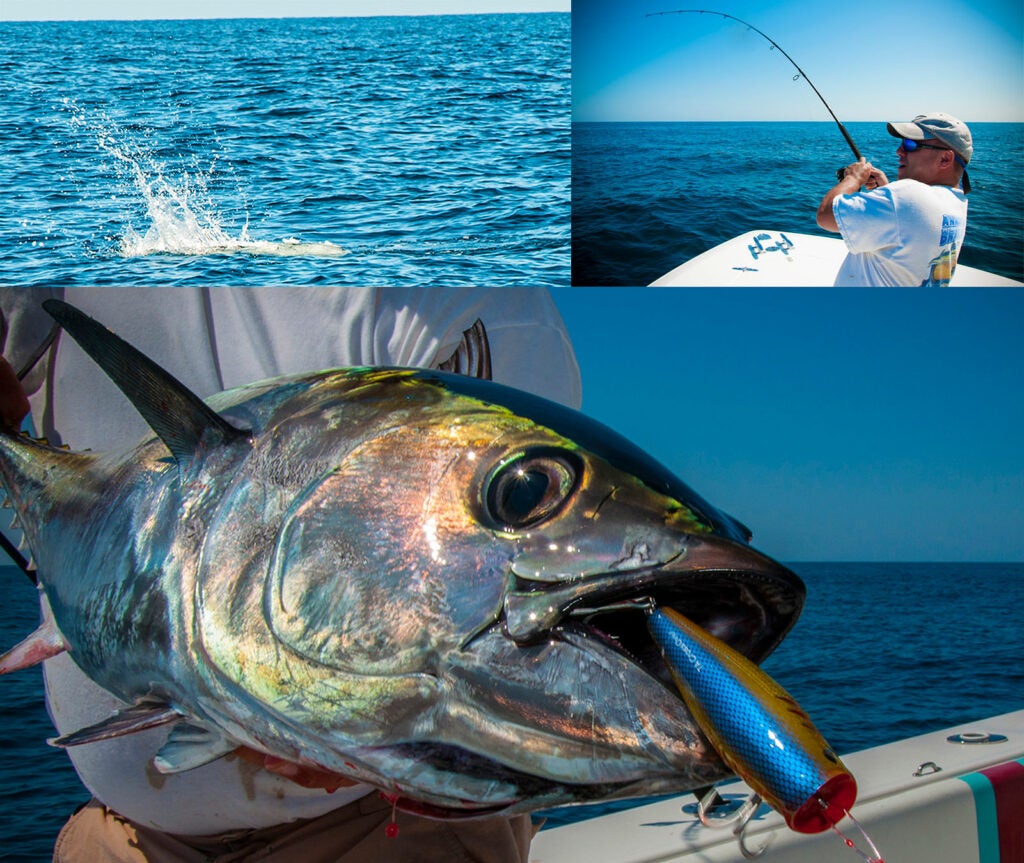 There is no topwater hit that I do not love, but in my opinion, tuna is the ultimate for reasons other than just the hit itself. When you throw a frog into a cluster of pads, you expect a largemouth to be there. When you drag a buzzbait through a river eddy, you anticipate a smallmouth living in that spot, ready to strike. When you lob a pencil popper at the tip of a jetty, you already know a striper could be holding along the rocks. None of those same expectations apply to tuna. They will never be sitting under a dock or lazily hanging out in the weeds waiting for food. They are always moving, which is why seeing tuna bust from 100 yards away doesn’t mean much. By the time you get there, they could be 100 feet down and a half-mile away. Just getting your shot is the bulk of the accomplishment.

Then there’s the hit and the fight. If you think you can throw any old popper into a school of tuna and get nailed, you’re way off. If the fish are feeding on tiny rain baits and you toss a 7-inch chugger, don’t be surprised when you put them down instead of getting bit. Over the years I’ve found that smaller lures score most often, of course, proper delivery of small lures requires the use of smaller tackle. If you really want to see what your light-tackle spinning reel loaded with 20- or 30-pound braid can do, tie the other end to a bluefin. If you want find out how well your popper is really made, feed it to a bluefin. They are truly pure muscle, they clamp down tight, and they have rock-hard mouths. Cheap split rings? Weak hooks? It’s over. With that in mind, I have to give a shout out to my buddies at Tactical Anglers Inc. You boys make lures that can really take a beating. More than a week has past and I’m still glowing (and gloating) over this trip.