5 Meaty Projects to Tackle this Weekend

If I were you, I’d go hunting this weekend, but sometimes duty calls and we’re forced to spend these rare... 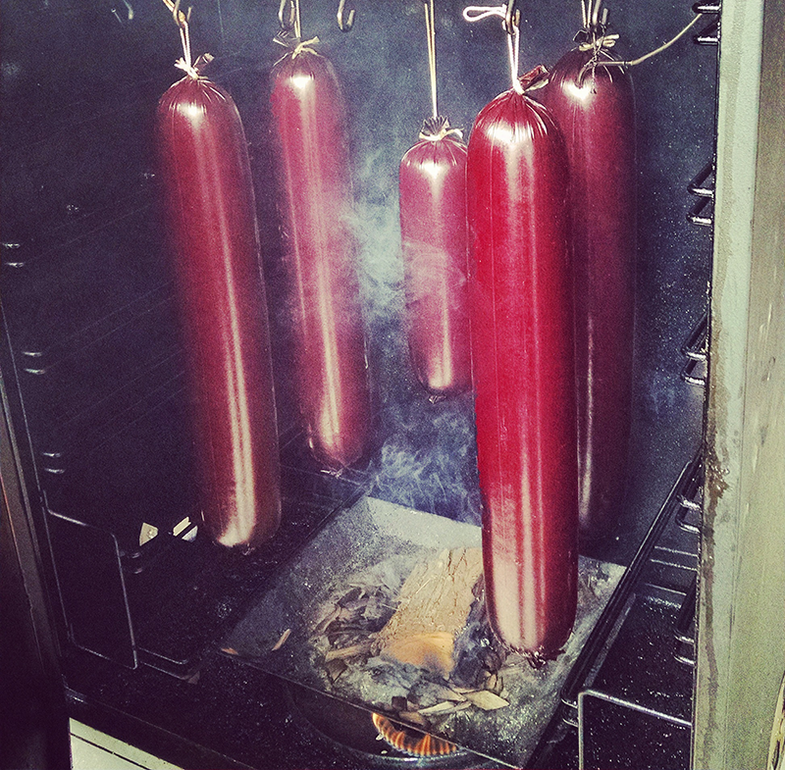 If I were you, I’d go hunting this weekend, but sometimes duty calls and we’re forced to spend these rare free days stuck around the house. If that’s the case, make the most of your time by tackling a few cooking projects that will not only make some room in your freezer for when you do tag a deer, but also put some good food on the table or in your pack.

Stuff Sausages: This was my project last week as I turned a dozen snow geese (and an equal amount of pork) into five giant chubs of beer salami. I used a sausage-making kit from Cabela’s and it couldn’t have been simpler, or more delicious. This is a two-day project as you need to let the cure do its job overnight. Grind and stuff the sausages tonight, then smoke them tomorrow.

Smoke a Hindquarter Whole: There’s just something about cooking a big, primal cut that stirs a hunter’s atavistic nature. This project is also going to take a few days, so start right now by getting the quarter into a brine of salt, sugar, and water. Soak the meat until Sunday morning, then give it a good rub with your favorite spices and smoke it at a low temperature (about 180 degrees) until the internal temp reads 155 degrees. You might mop it a few times during the process, just to keep things moist.

Stock Up On Deer Jerky: So far this season, my hunting pack has been woefully lacking in snacks—jerky in particular. I gave too much of it away last winter, I guess, and never got around the making a big batch this past summer. So, that’s my project this weekend – turning several moose roasts into fresh jerky. I might even use Gun Nut Phil Bourjaily’s recipe for deer candy.

Make Sunday Gravy: If sausage and jerky sound like too much work for a weekend, may I suggest making a meat sauce instead? This is the lazy man’s meal, with just a little work up front then a long, slow simmering as you watch football and, if you’re me, string those floating goose decoys you’ve been meaning to get to since last January. Also known as sugo this Italian sauce is also a great way to use up all those tough cuts of venison that have made their way to the bottom of the freezer.

Perfect Your Chili Recipe: A few years back, I asked Wild Chef readers about their secret ingredient for making venison chili. The answer ranged from powdered cheese to peanut butter. I’m still not sure about either of those, but readers did inspire me to try a few new things in my venison chili. Even if you think you’ve already got the best chili recipe, do something different this weekend and try a new, or unusual, ingredient. You just might find you made your best chili even better.