5 Ways to Have a Wild New Year’s Eve

Hopefully you aren’t too partied out after this long holiday season and still have one more food (and booze) fueled... 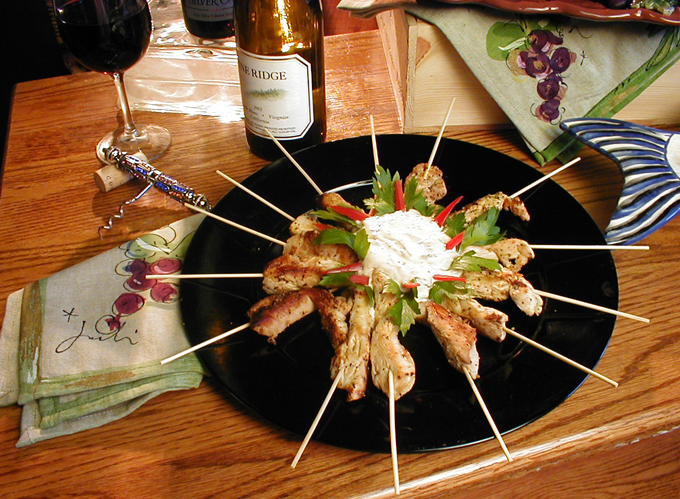 Hopefully you aren’t too partied out after this long holiday season and still have one more food (and booze) fueled night left in you. One of the biggest is New Year’s Eve, and while I find myself going to bed earlier each year, I still try to eat and drink well to celebrate this life worth living. I’ve got a few dishes in the works that will be served at my New Year’s Eve shindig, but if you’re still putting together your menu, consider these five Wild Chef-worthy ideas for a Wild New Year’s Eve (and Day).

1. Skewered Pheasant Breast with Basil Aioli
This meat-on-a-stick recipe from Scott Leysath, the Sporting Chef, is as easy as it is delicious. Don’t skip the dipping sauce either, as the fragrant basil really plays well the citrus seasoning used in the pheasant marinade.

2. Venison Carnitas Nachos
Straight from the pages of the magazine, Field & Stream Wild Chef columnist, Jonathan Miles, puts a venison-spin on a party favorite. Shallow frying the venison after braising it adds just a hint of crispness, creating a whole new nacho-snacking experience.

3. One-Pot Wild Boar Spare Ribs
I had the pleasure of cooking with Mark “Uncle Millie” Millis at the Rocky Mountain Elk Foundation Hunter Christmas earlier this month and of all the dishes we prepared, this was by far the biggest hit. Also, it requires a reciprocating saw and what better way to ring in the New Year than with power tools?

4. Duck Fat Chex Mix
Deputy editor Colin Kearns has been known to infuse liquor with duck fat, so why not do the same with that ubiquitous holiday snack—Chex Mix. The only thing I would do different to this recipe is add melba chips, because we all know that’s the best part of any party snack mix.

5. Welsh Rabbit: Truthfully, this is ideal for the morning-after, when the thick, spicy cheese sauce mitigates the effects on the stomach of too much bubbly, sweet champagne. And while Welsh Rabbit (as known as Welsh Rarebit) doesn’t actually include rabbit, or any meat for that matter, the name, along with the dish’s curative properties, makes it perfect for a wild New Year.

Melt butter in a saucepan set over medium heat. When the butter is melted, whisk in the flour a little at a time until it is fully incorporated. Cook this slurry for a few minutes, stirring so it doesn’t burn, until it turns a light brown and the flour taste is cooked out.

Add the milk and beer, along with the mustard, Worcestershire and black and red pepper to taste. When the liquid is well heated, start stirring in the grated cheese a handful at a time. As the cheese melts, add more until all the cheese is melted.

At the party serve with toast points or, better yet, pour over thick slices of dark rye toast the next morning.