Back in February, I told you about the Oregon Pint, a beer glass with a 3-D relief of Mount Hood... 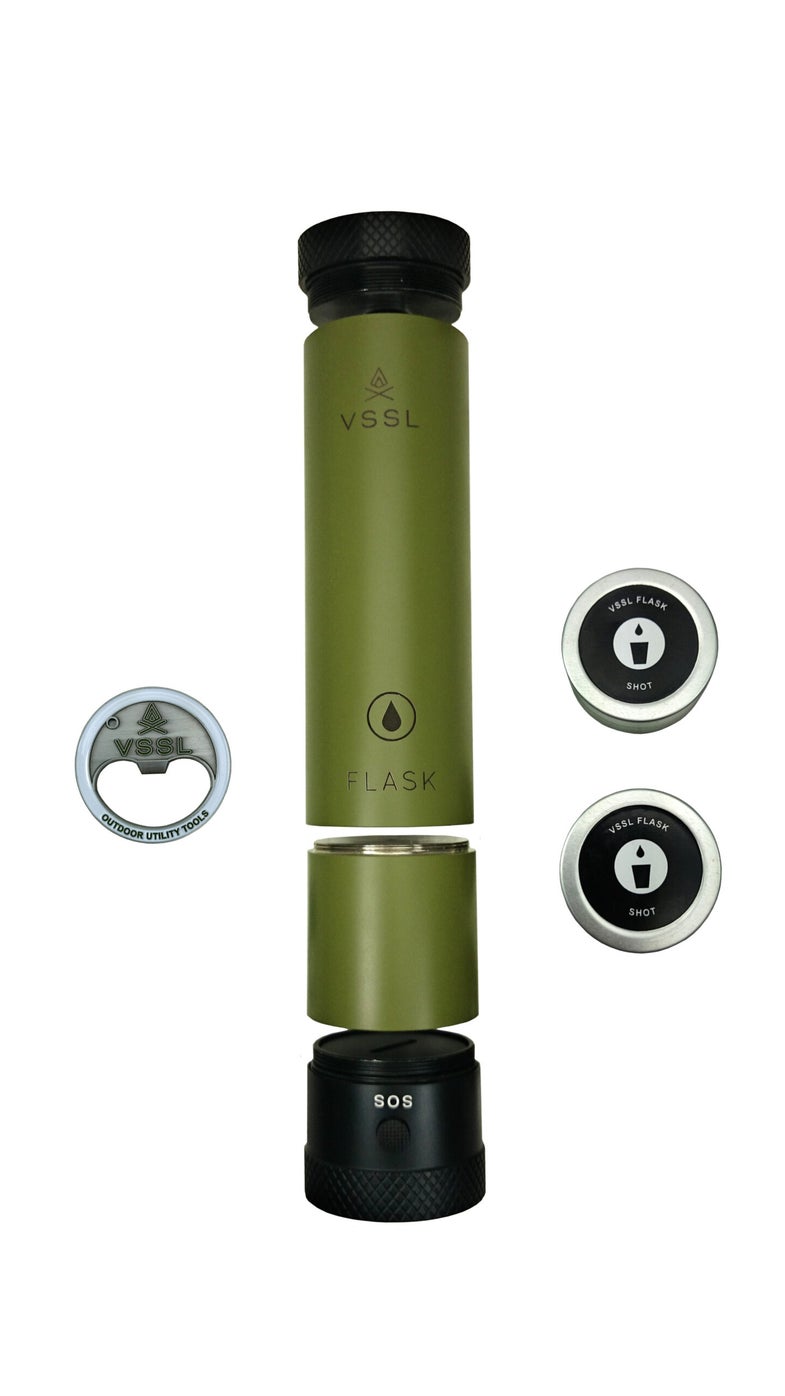 Back in February, I told you about the Oregon Pint, a beer glass with a 3-D relief of Mount Hood taking up valuable beer space in the bottom. That Kickstarter campaign has since closed with half a million dollars in funding, giving you an idea of the power hipsters have when they set their trust-funds to something. I’ve since come across another cool Kickstarter campaign—and again it involves a drink container.

The VSSL Flask Light is no ordinary beverage bearer. Instead, it does dual-duty as a flask for your adult libation and a flashlight to find your way back to the tent after dark. The food-grade aluminum tube also fits in two collapsible drinking cups should you feel the need to be civilized in your toasts, or just want to share with a camp mate. For $55, you can get in on the early bidding of the Kickstarter campaign and receive your choice of silver or matte green Flask Lights once they start shipping in mid-summer.

If Kickstarter campaigns aren’t your thing, VSSL already makes some pretty cool equipment for the outdoorsmen using a that tube design and LED light technology to pack everything from first-aid supplies to survival gear to portable, emergency shelters.