Before Chuck Testa stopped by the Field & Stream offices a couple weeks ago (to promote his new, and hilariously... 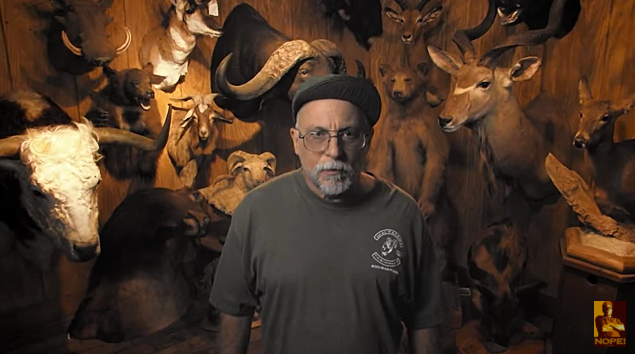 Before Chuck Testa stopped by the Field & Stream offices a couple weeks ago (to promote his new, and hilariously bizarre, ad for Keystone Light’s new “Hunt for the Great White ‘Stone” campaign), I’d never heard of him. Turns out, however, that I was in the minority on that—because not only is Testa a wildly talented taxidermist, he’s also something of a YouTube sensation. No wonder Keystone Light signed him as their new spokesman.

I’m glad I got to know Testa, though, because he’s also a super-nice guy who, like any outdoorsman, loves to hunt, talk hunting, and stare at taxidermy. (We have our fair share of mounts in the office, and Testa’s colleagues basically had to drag him away from the heads on our walls in order to make their flight home.) What’s more, his taxidermy career actually got its start thanks to Field & Stream. Years ago, Testa, a longtime subscriber, ordered a taxidermy kit from a classified ad in an issue. The rest, as they say, is history.

The video that started it all.