There were so many great entries into our Best Camp Cooking Tips contest that I had to defer the decision... 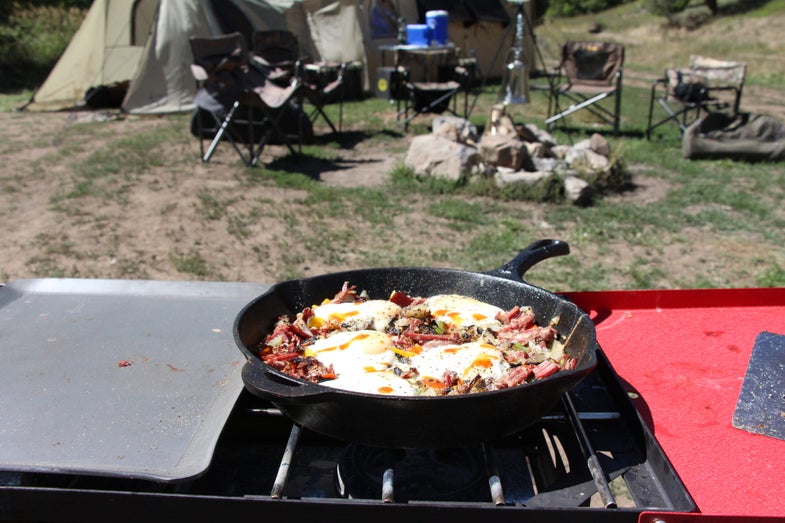 There were so many great entries into our Best Camp Cooking Tips contest that I had to defer the decision on which one to Camp Chef’s Ryan Neeley. Probably a good thing too, as I would have chosen either VAHunter540’s plan to bring lots of bourbon, or Dewman’s tip on inviting a friend that cook. (Bonus points to steve182 for his tip: “cheese heavily.”) All are solid suggestions, but Neeley had an even better point:

“Having been a camp cook, the two things that make it easiest are: 1) Preparation and; 2) Asking for help. Lots of people mentioned some kind of prep, but sgtsly said it best with his 6 Ps. However, Sureshot516 is the only one who mentioned asking for help.”

Neeley nailed it. The best tip isn’t always how to cook something. Instead, it’s often about planning, including, as Sureshot16 puts it, splitting the burden and dividing up kitchen duties through the group.

So, Sureshot516, shoot me an e-mail with your contact info to fswildchef@gmail.com. And Sgtsly, why don’t you do the same and I’ll put together a runner-up prize package with some great gifts from Camp Chef.