Enjoy Better Beer from a Can

For years, we’ve been brainwashed that beer is best out of a bottle, but I’ve long been one of those... 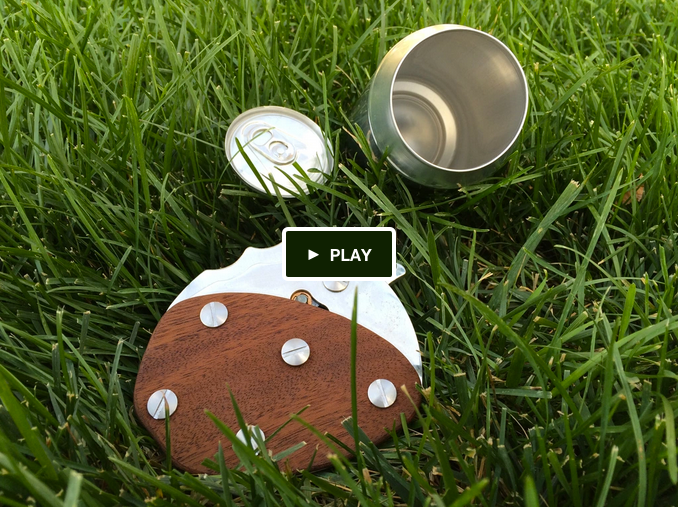 For years, we’ve been brainwashed that beer is best out of a bottle, but I’ve long been one of those strange people who prefer to drink canned beer. Craft brewers have finally gotten on board and many of the best brews are now offered exclusively in cans. Glass bottles let in light and oxygen, two enemies to great-tasting beer. Still, cans have their downside as well, one being the proximity of the aluminum top to your nose as you drink, which creates a perceived tinny flavor to some people.

Enter the Draft Top, a fully funded Kickstarter campaign for a device that easily removes the top from aluminum cans. The Draft Top, which resembles a steampunk mashup of a torture device actually crimps the aluminum lid off the can and folds back the edges, leaving a protected lip with no sharp edges. Now you can drink from the can with no aluminum flavor, or easily pour the brew into a pint glass with a lot less foam.

While the Draft Top is a bit of a niche product, true beer lovers will get it. Though the project is fully funded and the designers are currently tooling up to mass produce the Draft Top, you can still get it on the Kickstarter. Throw them $45, and you’ll get on the list for a production Draft Top, along with a koozie and sticker. I think I’ll go head and place my order now.