Friday Cocktail Hour: How to Mix the 1794

The other day a friend posted a picture of some blooming dogwoods with the question: “Dogwoods are blooming. Guess what... 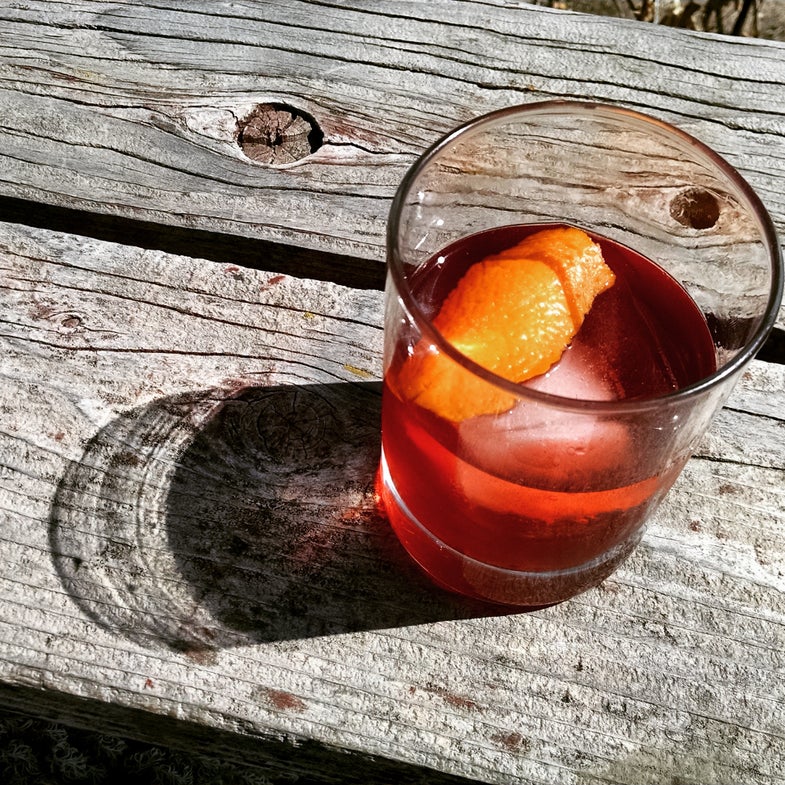 The other day a friend posted a picture of some blooming dogwoods with the question: “Dogwoods are blooming. Guess what the means?” Now of course all his turkey hunting friends knew the answer was the toms are starting to gobble (and a few mentioned the crappie spawn), but one person brought up another important rule of nature: “No more brown liquor until first frost.”

I had to chuckle because I loosely adhere the mantra no more clear liquor after Labor Day, but I never had a hard and fast deadline for when I could go back to my gin and tonics in the spring. I usually just waited until it felt right before buying a bag of limes and some fresh tonic from the store.

It has been starting to feel like spring around here (or at least the wind has been blowing like it’s spring), and I have dipped into the gin a time or two recently. But I’m also not quite ready to give up the brown liquor quite yet. Especially after recently discovering my new favorite drink: The 1794.

Taking its name from the year of the Whiskey Rebellion, the 1794 calls for equal parts Campari and Sweet Vermouth, along with a shot (or two) of rye. Stir this well with ice then strain straight up, or as I like it, with a big rock in the glass. I also prefer the 1:1:1 equation, if only because it’s easier to remember. Other variations call for a bit of bitters. Try it if it’s your thing. In all but the brown liquor, the 1794 sounds similar to a Negroni, which means my transition from the dark stuff to the gin will be all that easier when the time comes.

To enjoy any of these cocktails, you have to like Campari as it’s a bit bold in the equal measure version, but I feel like it plays nicely with the heat a good rye gives you. If you’re bourbon man, go for that instead, which transforms for your cocktail into a Boulvardier. Or, if you have it available, with High West’s rye-bourbon blend Son of Bourye, which I’ve been dipping into when the Bulleit rye runs dry and I’m feeling flush.