Normally, I refrain from drinking brown liquor after Memorial Day, opting instead for a refreshing, cool gin and tonic with... 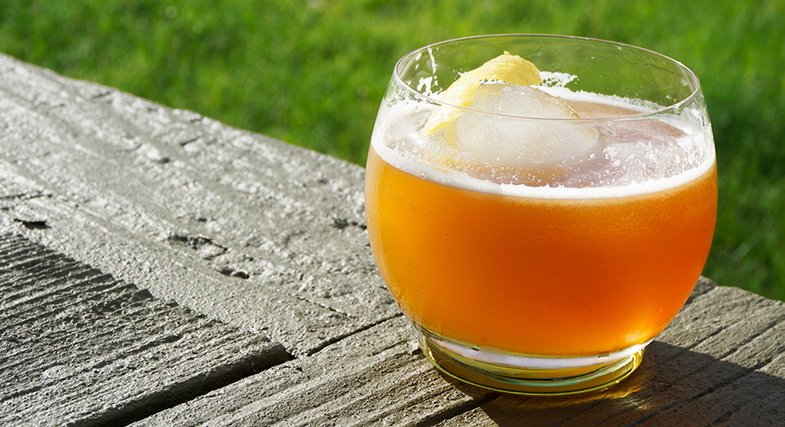 Normally, I refrain from drinking brown liquor after Memorial Day, opting instead for a refreshing, cool gin and tonic with extra lime to get me through the summer. But I recently discovered a whiskey cocktail that’s going to compete for my attention. It’s called the Whiskey Rebellion, and it pits a hit of American bourbon (I’ve been mixing Bulleit) with Pimm’s, an English liquor that’s heavy on the citrus. Blend the spirits with a bit of lemon and sugar, and it makes a cocktail that’s a little sweet but has enough liquor to keep you honest.

Fill a cocktail shaker with ice and pour over bourbon, Pimm’s, simple syrup, lemon juice, and a couple dashes of bitters. Shake until very cold, then strain into a cocktail glass. Garnish with a twist of lemon peel.