For those of us who grill with gas, there’s always the threat of running out of propane right in the... 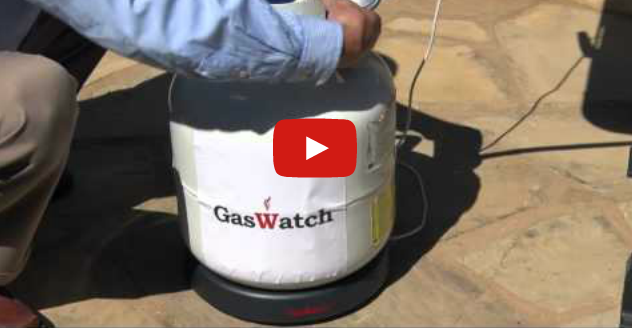 For those of us who grill with gas, there’s always the threat of running out of propane right in the middle of cooking dinner. There’s nothing worse, especially if you live in the sticks like me, where filling or swapping a tank means an hour round-trip run to town. I also run a propane smoker and am so paranoid of running out of gas during a smoke session that I usually keep two or three tanks around, each with at least a little bit of propane in them. Enter the GasWatch, which I discovered over on the crowdfunding site Indigogo.

Like a gas gauge for your grill, the GasWatch keeps tabs on the level of gas in your tank and lets you know when you’re getting low. It works via a scale that you set your tank on, which is attached to a Bluetooth-enabled transmitter. A companion smartphone app allows you to monitor not only the amount of fuel in the tank, but also how much cook-time that translates into, so you can take an educated guess as to whether your venison burgers will get done before the flame burns out.

I haven’t had the opportunity to test the GasWatch yet, so I can’t give you a first-hand account. However, from the video it looks pretty intuitive. The scale is pretty slim, but there might be an issue with a scale-equipped tank fitting in the cabinet under some grills. You might measure that space and do some basic math before jumping in, but I do believe it’s worth considering an investment in one. If nothing else, it will help clean up my garage-based cooking area by reducing the amount of half-filled propane tanks I have around.