If you come from a blue-collar family, chances are your dad carried a vacuum bottle to work and to the... 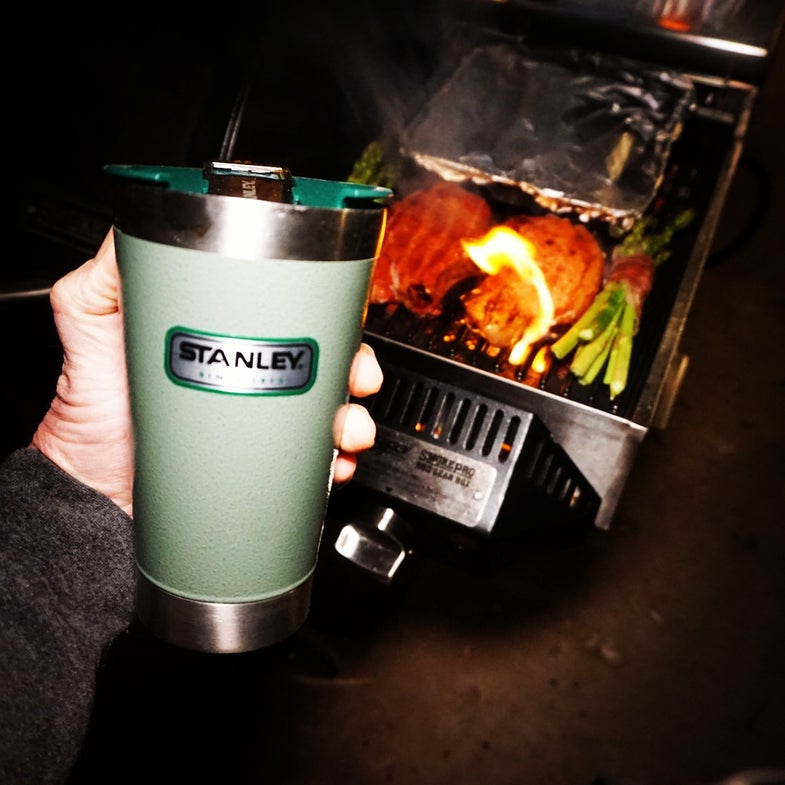 If you come from a blue-collar family, chances are your dad carried a vacuum bottle to work and to the field, though he didn’t call it a “vacuum bottle.” It was his thermos, and it was filled with strong, black coffee. The outside was likely dented all to hell, and the cap, which doubled as a cup, may have been missing. As for the color, I’d put pretty good odds on it that whatever was left on the exterior, was an olive green.

If it was green, it was a Stanley, the first insulating bottle that used an all-steel flask-inside-a-flask construction. Before that, and after, many companies used a glass-lined interior flask that had a tendency to shatter when dropped. Chances are your grandparents had one of these, and the broken glass sounded like a maraca when you shook it. Though Thermos (the company) first popularized vacuum bottle in the early 20th century, Stanley became the lower-case thermos of choice for the workingman.

Like most companies that have been around 100-plus year, Stanley has gone through its up and downs, fighting off challenges in the market from traditional rivals and young upstarts. Recently, they’ve launched a new line of branded Stanley gear, including everything from pro-grade coolers to camp-centric barware (which I included in my Christmas list last December).

Lately, I’ve been swilling from the Stanley Classic Vacuum Pint, which features a wide sip-through lid fitted with a handy bottle opener. Of course, you can still get an original quart-size Vacuum Bottle with the screw-on cup/lid, or one of their growlers to tote some beer from the tap to the lake. I like the fact that Stanley backs all of their products with a lifetime warranty, but best of all, they’re not adding an up-charge to finance a flashy marketing campaign.

There is something to be said for history, and I am a sucker for heritage brands. Nothing against today’s modern, bombproof bottles—but give me a classic green-clad Stanley, just like my dad’s.