Londoners Are Learning to Eat Their Taxidermy. Sort of.

CC image from Flickr The trend waxes and wanes, but for the past few years, the hottest thing in hipster... 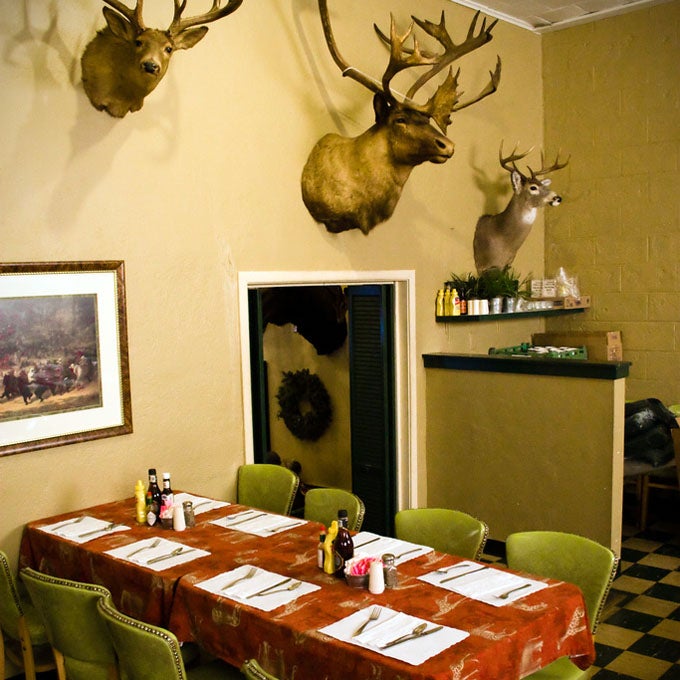 The trend waxes and wanes, but for the past few years, the hottest thing in hipster home-decorating has been taxidermy. Everything from tattered deer mounts to stuffed mice sell for astronomical amounts to urban dwellers looking to up their cool credibility. Now it seems, hipsters have figured out those antlers and hides were once actually part of animals that could be eaten. According to an article in The Daily Beast with the ridiculous title “Edible Taxidermy: It’s A Good Thing” London hipsters attended a class where they learned the basic of taxidermy while a chef prepared the meat of the rabbits that were skinned for the demonstration.

“I’m a conservationist and I very much believe in recycling and utilizing every part of the animal. I always eat my taxidermy within reason,” says Kaye. Wood pigeon, pheasant, partridge, grouse, peacocks, hares, wild rabbits, and waterfowl are all dietary staples. Domestic animals are off limits not only because they’re bred on an unnatural diet, but because “the animal belonged to someone, so I believe eating it would be an invasion of privacy.”

Before Kaye, edible taxidermy had not yet been introduced to the mainstream on an educational level. Now, as this sub-trend continues to gain cultural traction, Kaye hopes to clarify misconceptions about the practice and honor the animals she’s preserving in her work. “Even though they’ve passed away, you have an opportunity to give them a new life,” says Kaye. “There’s no better way to do that animal justice.”

Skipping over the obvious point that, no, taxidermy isn’t actually edible, I do agree with the writer’s point. Educating people, typically urbanites, that there was once an animal attached to the trendy elk antlers hanging in their Brooklyn walk-ups is a good thing. And yes, those animals are made of meat—delicious, healthy meat at that. Connecting those two points offers an understanding of the natural world that, maybe, will sway a few anti-hunters our way once they understand, yes, we may hang parts of the animals we hunt in our homes, but we eat those animals too.