Montanans Are Chowing Down on Road-Killed Deer

According to an article in the Billings Gazette, Montana’s new Roadkill Salvage bill has been a success during its first... 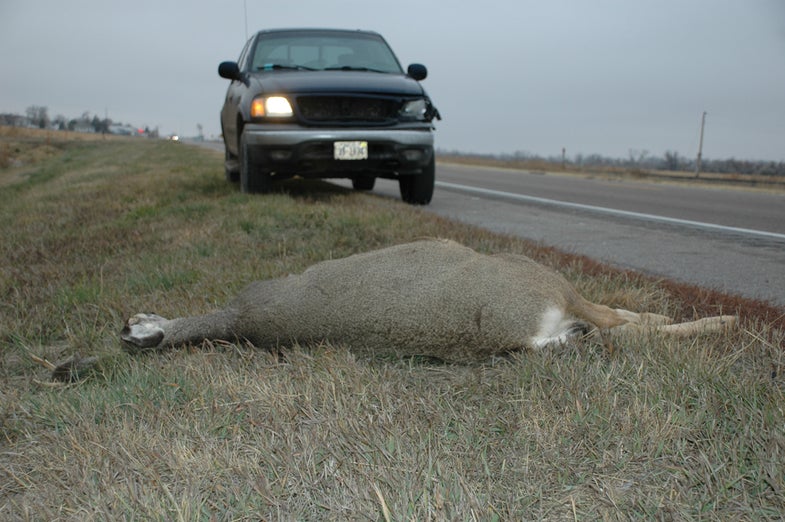 According to an article in the Billings Gazette, Montana’s new Roadkill Salvage bill has been a success during its first year in place. So far in 2014, more than 800 permits have been issued that have allowed drivers or those finding roadkilled animals to salvage more than 550 whitetail deer, nearly 150 mule deer, 120 elk and 33 moose.

“Under the new law, free permits can be downloaded from the Montana Fish, Wildlife and Parks’ website. They can also be issued by officers, such as the Montana Highway Patrol, who respond to wildlife-vehicle collisions.

“We’ve made it pretty painless for folks to get online and do this,” said Jim Kropp, FWP’s chief of law enforcement.

Although the agency had initially opposed the measure, Kropp said the program seems to be reasonably problem-free.

“There was a lot of concern at first about how we were going to get our arms around this,” Kropp said. “We canvassed a lot of other states who had similar programs. No new programs are ever without problems, but we’re happy with where we’re at now.”

This sounds like a smart program, but I’d like to know: Would you stop to pick up—and later eat—fresh road kill?