I have shared this recipe with you before, touting its excellence as a Super Bowl snack, but the salsa really... 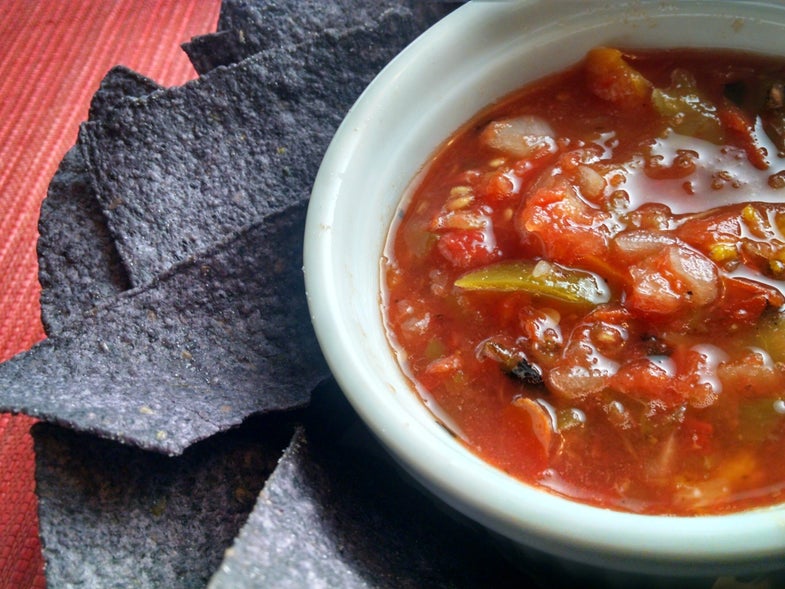 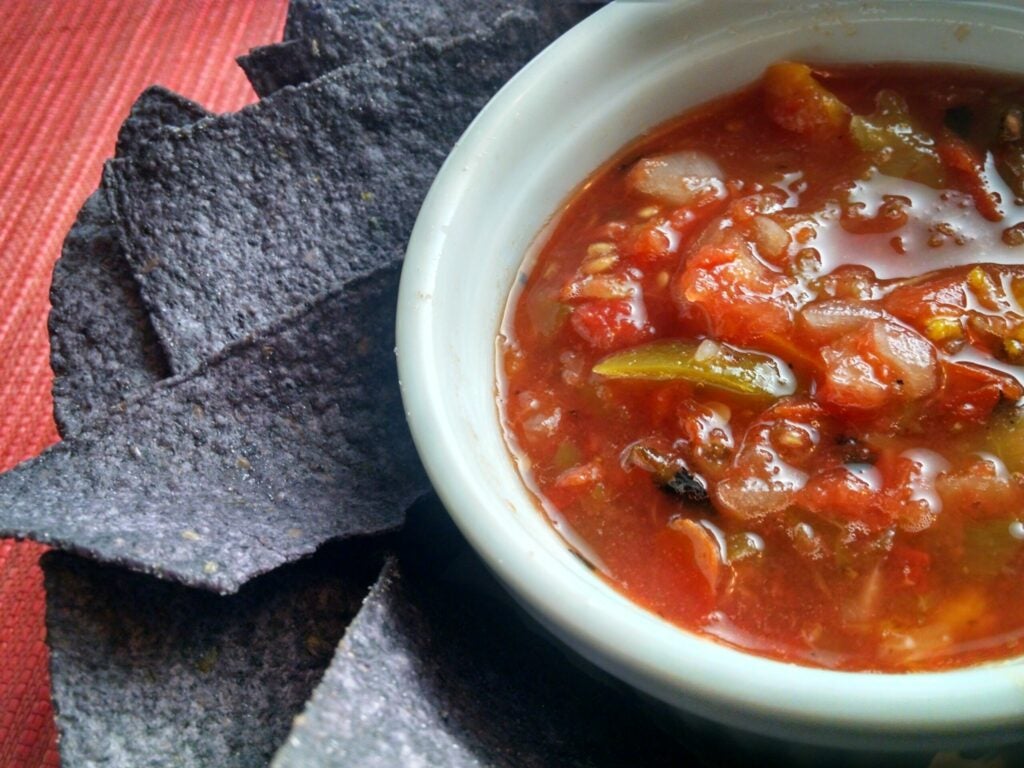 I have shared this recipe with you before, touting its excellence as a Super Bowl snack, but the salsa really shines this time of year when the vegetables are fresh from the garden. I’ve been making it by the bucketful this week, putting most of up for winter, but also eating it on chips and burritos. And remember: Recipes are just guidelines. Because I have a bunch of random peppers, I’m free-forming it this year. One batch might get several cherry peppers, while the next gets a kick from serranos. Let your garden be your guide. My only recommendation is go easy on the blending. It’s really easy to go from chunky salsa to tomato sauce in just a second or two if you’re not paying attention. Not that there’s anything wrong with spicy tomato sauce either.

Directions
1. Over piping hot coals, an open flame, or under a broiler, char the tomatoes and peppers until the vegetable skins are well charred, but not completely black.
2. After the vegetables have cooled, stem and core them. Remember, the jalapeño’s heat comes from the seeds so let that dictate how hot you want your salsa. More seeds, more heat.
3. Chop the tomatoes and pepper roughly and dump them, along with the apple cider vinegar and salt, into a food processor. Pulse until you get the consistency you prefer. I like mine chunky.
4. Stir in the cilantro and refrigerate overnight to let the flavors marry.