Recipe: How to Cook a Venison Patty Melt

A great patty melt is the sum of its parts, even more so than a standard burger. And though those... 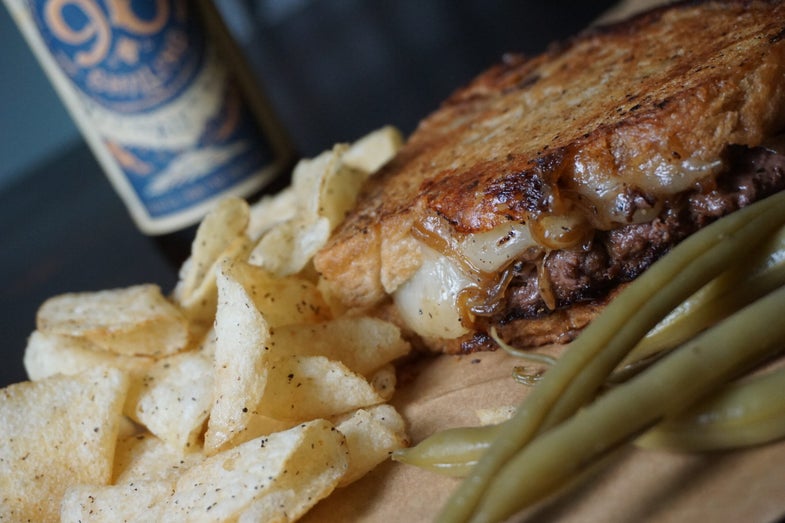 A great patty melt is the sum of its parts, even more so than a standard burger. And though those parts are few—just some quality ground venison, onion, Swiss cheese, and rye bread—the end result is almost enough to make a guy swear off burgers forever. I’m too humble to say this is the best patty melt ever, but it’s pretty damn good. This is due, probably, to the copious amounts of butter and the technique for caramelizing the onions, which I admittedly stole from Kenji over at Serious Eats. Of course, it doesn’t hurt that my version features homemade rye bread baked by my mom. If you don’t have that, a good store bought rye—light, not dark—will do.

1. Place the venison burger in a small bowl and season with a couple dashes of Worcestershire, along with the kosher salt, garlic and onion powders, and freshly ground black pepper. Mix lightly to incorporate and form into a patty roughly the same size and shape as your bread.

2. Heat a heavy skillet over medium-high heat. Add a tablespoon of butter and place the burger patty in the skillet. Cook 2 minutes per side, or long enough to form a crispy crust without overcooking the interior. Remove the patty to a plate and keep warm.

3. Lower the heat to medium and melt one tablespoons of butter in the skillet. Add the onions and one or two tablespoons of water. Stir frequently, using your spatula to scrape the browned bits from the bottom of the pan. Continue cooking, adding water a tablespoon at a time, until the onions are cooked through and caramelized.

4. Spread a thin layer of mayonnaise onto the outside of each slice of rye bread. Assemble the patty melt by placing the patty on one slice of bread and topping with caramelized onions and two slices of Swiss cheese.

5. Melt a little more butter in the skillet, then place the assembled sandwich in the pan and cook until well browned. Flip and brown the second side, cooking until the cheese is melted.