I have a go-to green chile recipe that I’ve shared with you before, but because my girlfriend, T. Rebel, doesn’t... 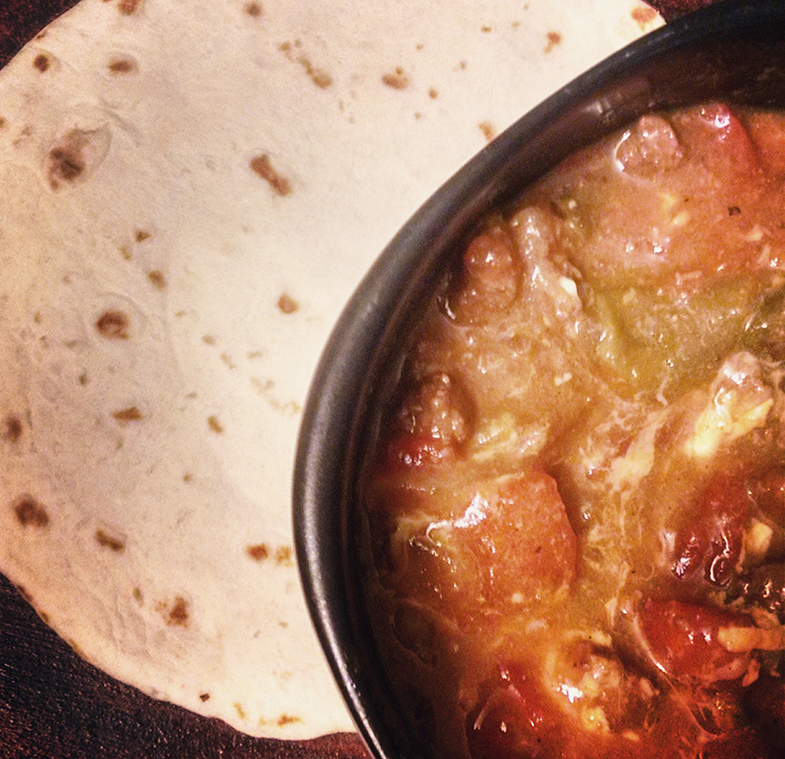 I have a go-to green chile recipe that I’ve shared with you before, but because my girlfriend, T. Rebel, doesn’t like hominy, I’ve had to work up another version, sans the lye-soaked corn. I have to say, I’m pretty happy with how it turned out, though the former is still probably my favorite. If you don’t have any venison shanks on hand you can certainly substitute a pound of so of any diced venison.

Directions
In a large Dutch oven or stockpot, heat the vegetable oil over medium heat.

Spread the diced elk meat onto a tray or plate and sift flour over the top, turning the meat to ensure there is a light coating over all of it. Brown the elk in batches in the Dutch oven. Don’t crowd the pan as you want the meat to brown, not steam. Once the meat is browned, remove it to a paper-towel lined plate to drain.

Sauté the diced onion in the pot, adding a bit more oil if necessary. After the onion is translucent, return the meat to the pot and add the spices, stirring to coat.

Add the chiles, jalapeños, diced tomatoes, and broth and stir well. Raise the heat and bring the green chile just to the boiling point. Lower the heat, cover and cook for 3 to 4 hours, stirring every hour or so.

Just before the green chile is ready to serve, make the roux by melting the butter in a small skillet set over medium heat. Whisk in the flour a little bit at a time until it forms a thick paste. Continue stirring as the floury taste cooks out and the roux turns a light brown. This may take up to 20 minutes or more.

Slowly stir the roux into the green chile and let simmer until it is thick.