I spent a few days last week testing out a new, secret shotgun from Remington on a pheasant hunt at... 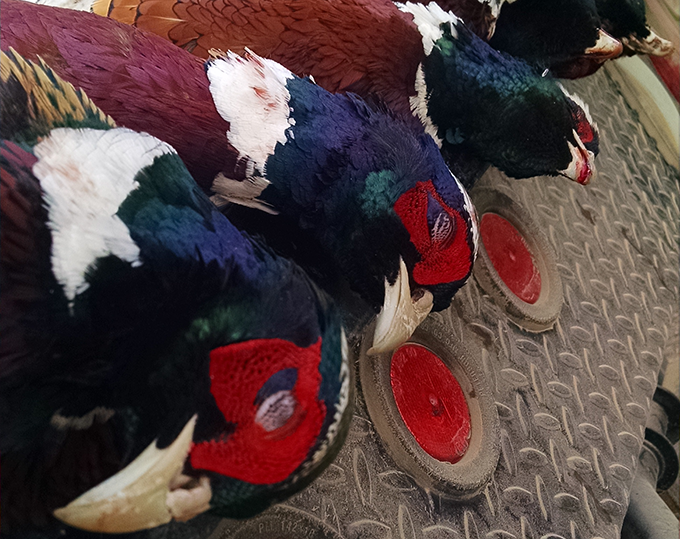 I spent a few days last week testing out a new, secret shotgun from Remington on a pheasant hunt at High Lonesome Ranch near De Beque, Colo. Although I’m sworn to secrecy about the shotgun until its official launch at the SHOT Show next month, I can tell you the pheasant hunting was fantastic, with some great dog work and wonderful flushes. Fifteen roosters came home with me, and I’ll be making lots of great dishes with them this winter.

One recipe I’m excited to try is this Game Bird Spice from noted Texas chef Tim Byres of SMOKE restaurant in Dallas. From the looks of the ingredient list, this spice has a big punch of flavor from bitter grapefruit, licorice-like anise, abrasive black peppercorns, and spicy cinnamon perfectly blended for game birds. Byres notes that when grinding spices, do it in batches. Trying to load all the spices into your grinder at once will clog the grinder blade and the spices won’t get uniformly ground.

About Chef Tim Byres: Byres, named the Southwest 2012 “People’s Best New Chef” by Food & Wine magazine, is the co-owner and chef of Dallas’ SMOKE, Chicken Scratch, The Foundry, Bar Belmont, and SMOKE Plano. Originally from California but a longtime Texan, Byres is best known for his “live fire cookery,” worldly and approachable flavors, and fun, family-style service. Chef Byres draws mostly on the regional traditions of Mexico, Louisiana, and the American South to craft his very personal take on forward-thinking American cuisine. Widely regarded as an expert in cooking with wood and open flame, Byres released his first book last spring, Smoke: New Firewood Cooking. Featuring photography by Jody Horton and a foreword by Josh Ozersky, the cookbook reveals insightful information about flavors that are utilitarian as well as unique. Smoke: New Firewood Cooking won a James Beard Award earlier this year.

With that said, here’s the recipe.

**Directions **
In a medium bowl, combine the pink and black peppercorns and add the whole star anise. Using the coarse side of a box grater, zest the grapefruit and add it to the bowl. Add the ground cinnamon and stir to combine. The cinnamon coats the peppercorns, anise, and zest, keeping the ingredients dry. This reduces clumping when the mixture is ground.

In batches, grind the mixture until smooth and return it to the bowl. Add the salt and brown sugar to the bowl, and rub the mixture between your palms to break up any lumps and completely incorporate all of the ingredients. As an alternative, you can pulse in a food processor. Do not refrigerate. Store in an airtight container, in a cool, dry place. ​Yields 2 cups.