Nearly every Christmas Eve of my childhood was spent at my grandparents’ house where our entire family would gather to... 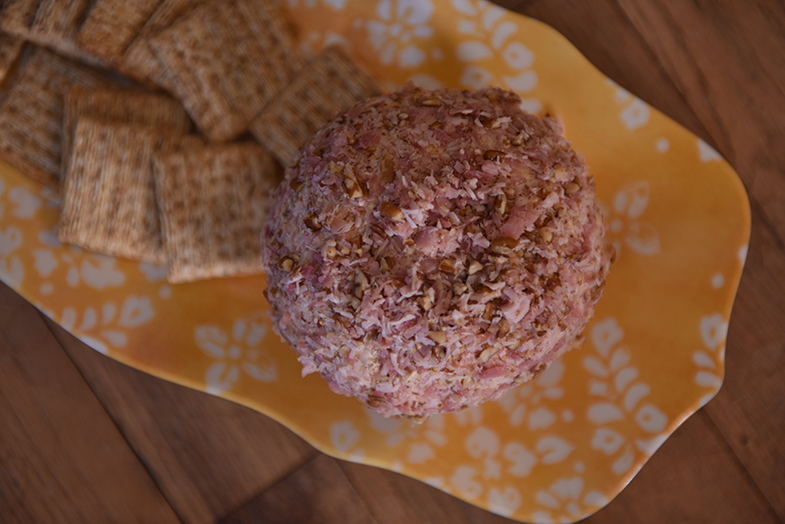 Nearly every Christmas Eve of my childhood was spent at my grandparents’ house where our entire family would gather to eat hors d’oeuvres, soup, and, of course, my Grandma Draper’s Christmas cookies. Now that I live in that same house, I’ve continued the tradition of hosting, and because my freezer is full of game, I always try to add a new wild twist to the night. In the past, I’ve done a smoked salmon dip, but with no salmon in the freezer this year I’ll be using some smoked pheasant I brought home from Scattergun Lodge in South Dakota. This is probably the best smoked pheasant I’ve ever had, and when combined with some crushed pecans and bit of mustard and Worcestershire, it makes for an absolutely incredible cheese ball.

**Directions **
Cut all of the meat from the smoked pheasant, taking extra care to remove the sinew and tendons from the leg meat. This should give you enough meat for a couple of cheese balls, plus some extra for snacking. Roughly chop the meat into smaller pieces. Use a food processor to pulse the meat into a fine shred. You’ll need approximately 1 cup of shredded smoked pheasant for this recipe.

Run the pecans through a nut grinder or pulse them in the food processor until they are in fine pieces. Add the cream cheese, shredded cheese, mustard, and Worcestershire into a mixing bowl, along with about ¼ cup of both the shredded pheasant and finely chopped pecans. Mix this together well. (A stand mixer with a paddle attachment or a food processor will make the blending process a lot easier.)

Place a sheet of plastic wrap in a medium, high sided bowl and scrape the cheese mixture in to the bowl. Wrap the plastic wrap tightly around the softened cheese and form a rough ball. Set the cheese ball in the fridge to chill for at least a couple of hours. You want it fairly firm before the next step.