The fine folks behind Woodwork Wines sent me a sample of their 2013 Cabernet Sauvignon. I drank the whole bottle... 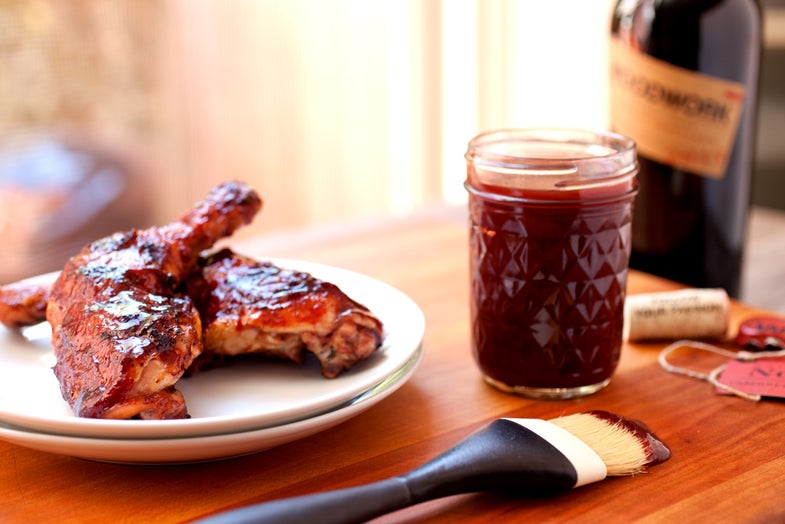 The fine folks behind Woodwork Wines sent me a sample of their 2013 Cabernet Sauvignon. I drank the whole bottle before I realized there were a few recipes in the box as well, including one for grilled chicken wings with a Cab-infused barbeque glaze. With several weeks’ worth of college bowl games upon us (even my hapless Huskers made it!), there will be tons of wings consumed between now and the end of January. If you’re in charge of game snack, I’d suggest trying this recipe from Nick Evans over at Macheesmo on your bird, or even a rack of ribs.

As for the wine, you’d be correct in guessing Woodwork Wines’ 2013 cabernet is heavily influenced by oak. After all, it is named Woodwork. Diageo, the beverage company behind Woodwork, forgoes the classic winemaking image of dark caves filled with wooden casks and instead soaks the wine with oak staves before bottling. (I’m not up on the details if the oak staves are used pre- or post-fermentation.) The resulting oakiness, along with berry notes and a chocolate finish, creates a wood-forward wine that’s bold enough to pair very well with wild game. I do get a little smokiness in the nose as well. At just 13 bucks or so a bottle, it’s a great everyday drinker for the home-cooking hunter.

2. Turn the heat down to low and simmer the glaze for 20 minutes, stirring occasionally to make sure the glaze isn’t burning on the bottom of the pan.

3. When the glaze has reduced and is thick enough to coat a spoon, remove from heat and let cool. The glaze will continue to thicken as it cools.