Surprise! We Don’t Like to Eat Insects for Dinner

Photo credit: Flickr As I’ve mentioned here before, insects are where I draw the line when it comes to adventurous... 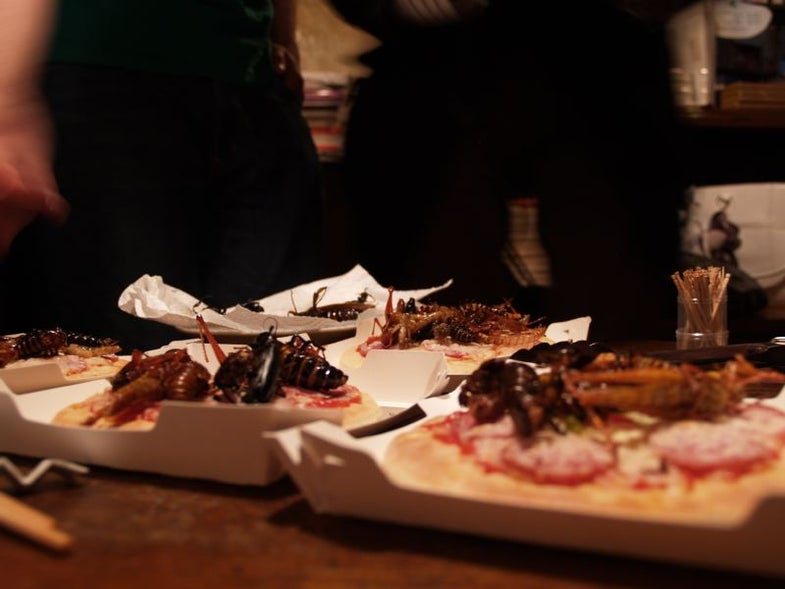 As I’ve mentioned here before, insects are where I draw the line when it comes to adventurous eating. I like my meat wild, but the very thought of this turns my stomach. It seems I’m not alone—at least in the Western world. According to this article from NPR, most of us aren’t buying the idea of insects as food, even if eating them will save the planet.

“Ophelia Deroy, a British researcher, tells The Salt most Westerners she has surveyed in randomized studies say they’ve hardly ever eaten insects in their life. And in a short column published Wednesday in Nature, she explains her hunch as to why the call to eat insects for nutritional and environmental reasons isn’t being widely heeded yet.

Policymakers and the media have assumed that Westerners are disgusted by bugs because we associate them with contamination and disease. So the focus has been on trying to convert the uninitiated by making an environmental case for insect cuisine, and by noting that 2 billion people in around 100 countries (like Thailand) already enjoy many different insects in a range of dishes, Deroy writes.

Instead, Deroy argues, “We should think less about combating disgust and more about appealing to taste.”

So what does that mean? Well, Deroy, who’s at the Centre for the Study of the Senses at the University of London, thinks it’s about making the experience of eating them more enjoyable and less scary. For her, that happened when she tried crickets sprayed with a “beautiful golden dust” on the side of a salad.”

I don’t know about you, but it’s going to require more than some “beautiful golden dust” to get me to bite into a cricket.