The Best Recipes to Beat the Heat

It’s so hot right now that the very thought of cooking is daunting. Who wants to heat up their kitchen... 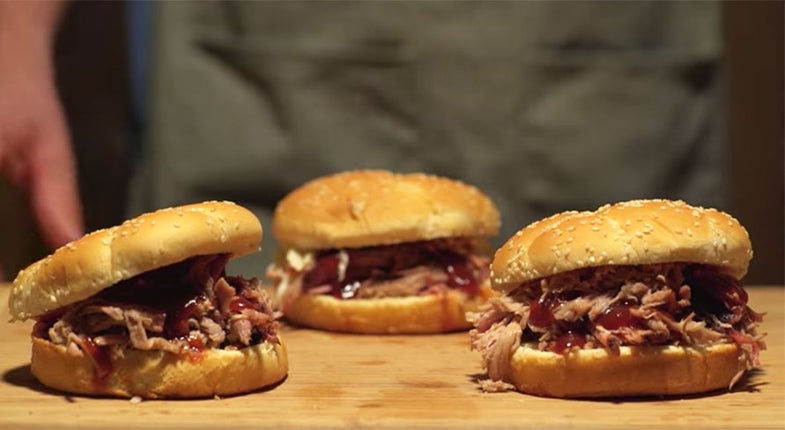 Smoking pork is an easy fix for getting grilled tastes without having to hover over the flames.. YouTube: BBQ Pulled Pork, Camp Chef
SHARE

It’s so hot right now that the very thought of cooking is daunting. Who wants to heat up their kitchen by turning on the stove? Even standing over a hot grill outside sounds like a bad idea. It’s days like these that put July at the top of my list of worst months of the year, and that’s saying something considering how miserable February can be. Still, we need to eat something, so here are four ways to beat the heat and still eat well.

Smoking a pork butt is a mostly hands-off affair, especially if you use a pellet smoker. Simply set it for a slow smoke at 225 degrees and spend the rest of the day inside with the cold A/C blowing over you. After 8 to 10 hours of supreme summer laziness, you’ll be rewarded with a juicy pile of pork to enjoy.

Other than maybe a frosty lager, nothing beats the heat better than a cold soup. Gazpacho is simple to make; just blend up a bunch of tomatoes with about any garden vegetables you have on hand—peppers, onions, cucumbers, garlic—and refrigerate until chilled. You can find my recipe for it here.

This sandwich is another great use for all those fresh tomatoes coming out of the garden. During the heat of summer is the only time I’ll recommend cooking bacon in the microwave. Do that and the hottest part of making this meal is toasting it in a skillet. If you’re really ambitious, Garden and Gun has a great recipe for a beer-bacon marmalade to go along with it.

Like gazpacho, ceviche is the ultimate no-cook summertime meal. All that’s required is catching a few fish. After that the lime juice does all the work, turning the fish from raw to cooked in just a few minutes. Plus, it’s the possibly the perfect accompaniment for an ice-cold beer.