This Weekend, Lock Up That Yeti

Labor Day is a big outdoor weekend. Millions of people load up their trucks and head out with friends and... 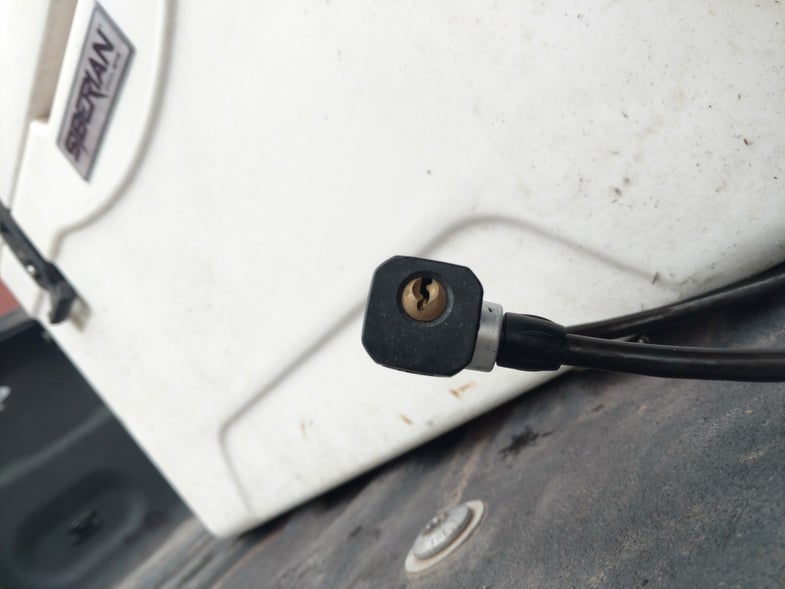 Yetis are increasingly becoming the target of thieves, who sell the expensive coolers online for cash. David Draper
SHARE

Labor Day is a big outdoor weekend. Millions of people load up their trucks and head out with friends and family for the last blast of the summer, and hunters head into the field as seasons open across the country. A lot of them will be packing a Yeti or other high-performance cooler.

According to the Wall Street Journal, Yetis are increasingly becoming the target of thieves who make off with the expensive coolers and resell them on Craigslist or through other outlets:

_“One afternoon in June, a man and two women in casual beachwear walked into the Sand Dollar Lifestyles store in Mobile, Ala. One distracted the cashier, another blocked the security camera.

The third homed in on their target. By the time clerks realized what was going down, the thieves had spirited $1,420 of loot out and driven off.

The Yeti Bandits had struck again.”_

The article also dubs Yetis “Redneck Rolexes,” which has to be the best thing I’ve heard all week. But it does point out a growing trend that’s worth taking note of, especially if you keep a cooler in the bed of your truck like I do. I don’t tote around a Yeti-branded Redneck Rolex, but I do have a premium cooler made by Siberian and I secure it to the truck with a cable lock. It’s not theft-proof, but it will slow down the casual snatch-and-grab thief. Before heading out this weekend, you might consider doing the same.