We’re approaching campfire season, which means it’s time to stock up on firewood to cook those hobo pies and s’mores.... 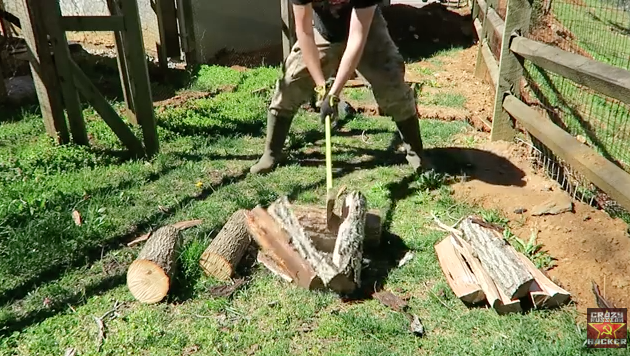 We’re approaching campfire season, which means it’s time to stock up on firewood to cook those hobo pies and s’mores. Or, if you’ve got a woodstove at home, it’s never too early to start putting up next winter’s fuel.

Either way, you’re going to have to split some logs. I’ve always stood my logs up on a chopping stump, but this video from someone called CrazyRussianHacker has encouraged me to change my ways. Instead of chopping vertically, he props his logs up against a horizontal stump. The ease in which the wood splits is pretty impressive. It looks like it’s not only easier, but safer than the usual method, too.

Now, it’s likely he’s using what Field & Stream editor-at-large Eddie Nickens calls “stunt wood” that’s so dry it will split if you look at it wrong. Still, the Crazy Russian’s argument for this method does seem sound, and the results are impressive. Check it out and let me know what you think.