Video: The Best Way to Fillet a Northern Pike

Northern pike get a bad rep from anglers. As fun as they are to fight, few people eat them because... 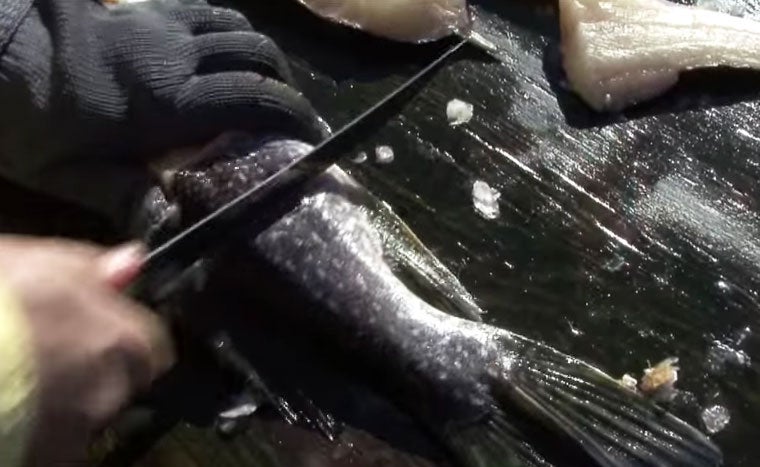 Northern pike get a bad rep from anglers. As fun as they are to fight, few people eat them because of the perceived difficulty of cleaning them. Northerns have a line of Y-bones running down the middle of their fillets, but with the right technique, the bones are easily dealt with.

There are a couple of schools when it comes to filleting pike. The usual method is not that different from filleting most other freshwater fish, with the added step of cutting out the line of Y-bones after you remove the fillets. My preferred method is what I call the five-fillet technique, which avoids the Y-bones altogether. It might take a bit more time, but in my opinion, it’s the better way to get all that delicious meat from a pike. I could do a poor job of trying to describe it, but lucky for you, there’s a great video on YouTube illustrating the technique. This clip actually shows both methods, but if you want to skip ahead to the five-fillet method, it starts at about the 4:24-minute mark.