Maybe it’s the frontiersman in me, but I’m a bit of a sucker for High West Whiskey. I first got... 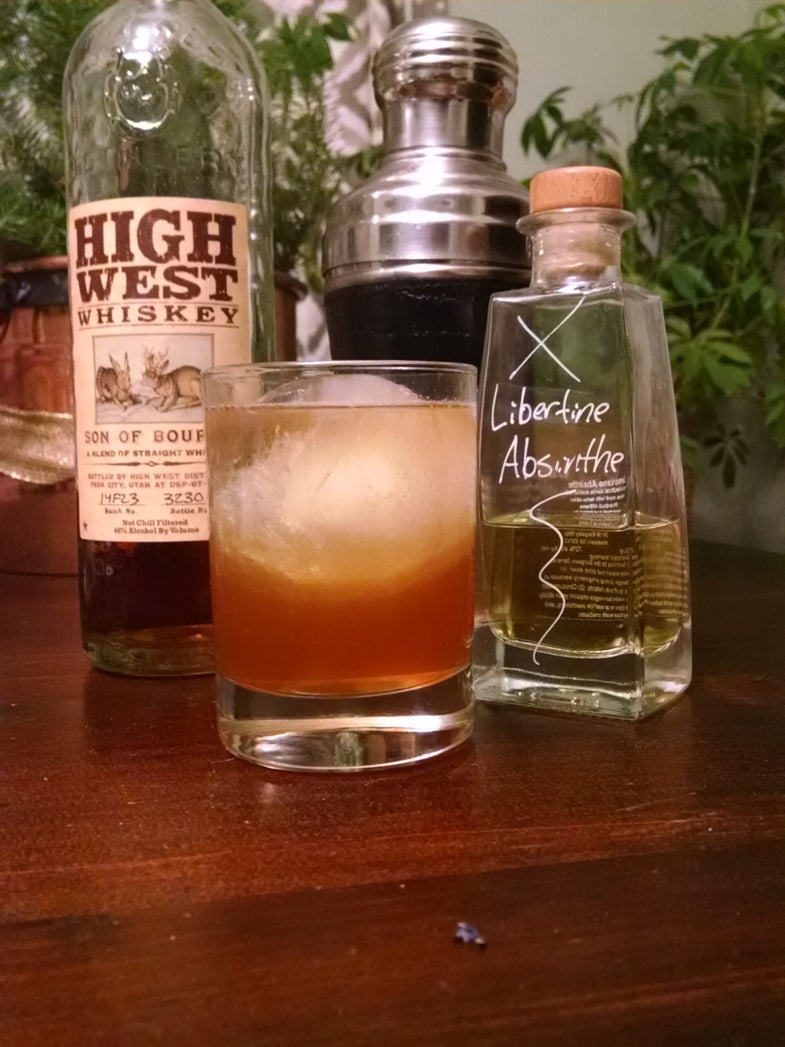 Maybe it’s the frontiersman in me, but I’m a bit of a sucker for High West Whiskey. I first got turned on to this Utah-based blender a few years back and at any given time have at least one bottle of their product in my cabinet. Typically it’s their Double Rye, but I’ve also had their superb Rendezvous Rye and keep a bottle of Campfire smoked whiskey on hand as a control sample for my own homemade smoked-whiskey experiments. So when I was offered a bottle of their Son of Bourye by a non-drinking friend, of course I didn’t turn it down.

As the name suggest, Son of Bourye is a younger version of High West’s Bourye, a bourbon and rye blend that has a lot of ardent fans. It’s well documented that the bourbon part of the equation is Four Roses, which might explain why this bourbon-rye blend has such a familiar ring to it. Four Roses is an inexpensive bourbon, but a good one for its price. I can generally pick up a bottle for right around the 20-buck mark, and that fact alone has made Four Roses my go-to brown liquor in a world where a bottle of Jim Beam Rye or even Old Overholt now goes for north of $25 in a lot of places.

My research hasn’t revealed the name of the rye that goes into Son of Bourye, but High West does give its provenance as coming from Midwest Grain Products (formerly Lawrenceburg Distillers). You might not realize it, but a lot of the boutique brands of whiskey you’ve been drinking over the course of the last decade were probably distilled by this group. The bottlers, however, come up with the blend, and the rye portion of this one is 95% rye and 5% barley, giving the Son of Bourye a pronounced finish and solid bite.

Some of that heat also comes from its young age. This is the Son of Bourye after all, and High West states both the whiskey and rye that go into it are five-year minimum. I’d guess that means five years and a day, rather than anything close to the 10-year mark. You’ll realize that when you first uncork the bottle and get a blast of nose-hair curling heat. Thankfully, that doesn’t transfer to the tongue as much as I was expecting.

I’m not going to bullshit you and say there are notes of sandalwood and cinnamon in the nose. Frankly, my palate just isn’t that developed. But, I like to think that I know what good whiskey tastes like, and Son of Bourye is not too shabby with enough body to stand out in a cocktail, especially a Sazerac or Old Fashioned. On the rocks or neat, it’s a little spicy for my tastes with a little too much baby-bourbon burn, especially for $40. If I’m going to spend that much on a bottle, I’ll track down High West’s Rendezvous Rye, or better yet dig a little further into my wallet and get two bottles of their Double Rye.