August can be a cruel month, what with hunting seasons still a few weeks away and fishing at its toughest.... 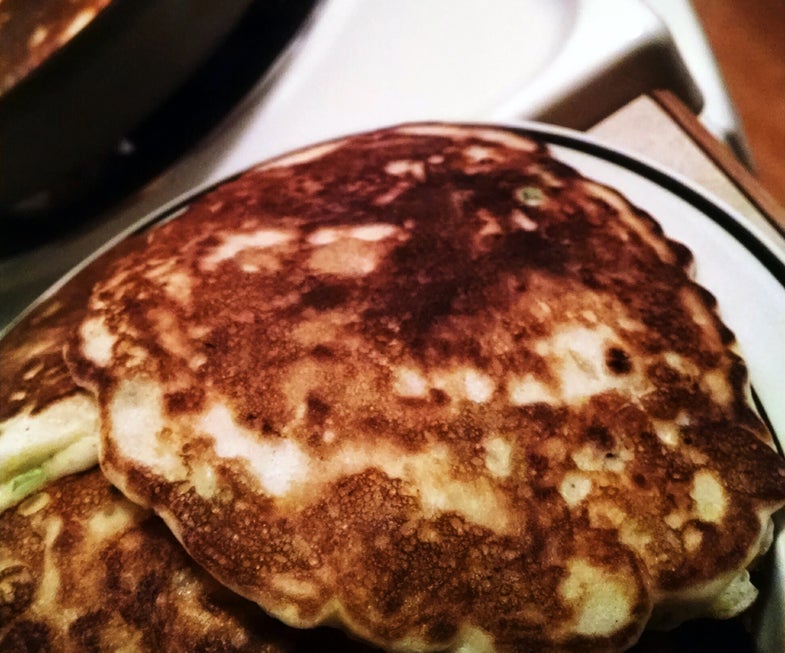 August can be a cruel month, what with hunting seasons still a few weeks away and fishing at its toughest. But Mother Nature isn’t all mean. Late summer also means a bounty of the year’s best produce, from fresh, vine-ripened tomatoes to an overabundance of zucchini. For much of the country—my home state, Nebraska, included — it’s also sweet corn season when local farmers selling corn from the back of pickup trucks piled high with the stuff. Like most people, I tend to go corn-crazy for a few weeks, with my favorite recipe being corn cakes. You can even go overboard by substituting a bit of corn flour or masa harina for the all-purpose flour, but my recipe is as basic as pancakes overloaded with corn, green onions, and jalapeno. If you want, you could even throw in a fistful of shredded cheddar for good measure. I eat mine drizzled with honey or syrup, but they’re also great covered in butter and served as a side for barbecue or, as one of my friends on Facebook suggested, as the bread for a pulled-pork sandwich.

Directions:
In a large bowl, whisk together the dry ingredients. Add the egg, milk, and butter, and stir until just incorporated. It’s okay if there are still a few lumps. Fold in the corn, green onion, and jalapeno.

Heat a cast-iron or other non-stick skillet over the burner set at medium-high.

Pour ¼ to ½ cup of the batter onto the skillet and cook just until the edges start to dry. Flip and cook the second side another 2 to 3 minutes, or until the bottom is brown. Transfer to a plate set in a warm oven, and cook remaining batter. (Batter can also be refrigerated where it will keep for several days.)