Deer Hunting’s #1 Skill: Sit Down and Shut Up

Just so you’ll know, he’s still out there. And I’m still kicking myself. I really screwed this hunt up, and... 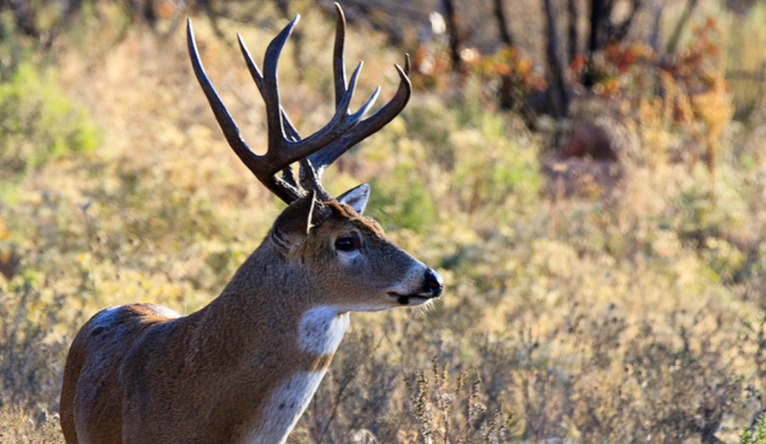 Just so you’ll know, he’s still out there. And I’m still kicking myself. I really screwed this hunt up, and I knew better.

I was hunting a stand for the first time, looking over a stretch of swampwoods I’d never seen before. It’d been a rough hike in, following the sketchy directions of a pal who’d hunted the stand the year before last, or maybe the year before that—he couldn’t really remember. I didn’t have much to go on, so by the time I got there I was wet to the thighs with slough water and raked with briars. I logged a decent two-hour sit without seeing a hair, and the devilish second-guessing began. This hunt’s a bust. What a waste of an afternoon. Might as well pack it in.

With the sun long gone and little light left in the woods, I made my mistake. It was a long slog out of the swamp, I told myself, and the wind had been swirling these last 20 minutes, scent-fouling anything in rifle range. My 15-year-old son was in a stand on the far side of the truck, and I hated for him to wait long in the dark. With a minute left of legal light, I started packing things away. I leaned the rifle against the stand’s front wall, shimmied out of the binoculars harness, futzed around for the flashlight. That was my one bit of good luck, that I didn’t hit the light.

Out of the corner of my eye I caught a movement across the creek, in a doghair stand of saplings. It was a buck, of course, with the clock ticking. By the time I cleared my lap of binos and spare gloves and got the gun up, I could barely make out the largest whitetail rack I’d seen in a long, long time, and the largest I’d ever had in a rifle scope.

I braced the .308 against an upright beam in the box blind and tried to work the crosshairs through the brush. Nothing doing. I had a clear look at everything from the liver to the tail, and a heart-rending view of banana-yellow tine tips, 10 of them, if I had to guess. But it just didn’t feel right. A gnarly mass of briers covered up the vitals. I’ve never cared for a neck shot. A head shot was out of the question.

And that’s when my phone alarm went off, a silent vibration in my pants pocket. The end of legal light. The door slamming shut.

You know what happened next. For the next 10 minutes the buck paraded the wide open edge of the swamp like a show horse. Back and forth, pawing the muck, trashing the saplings. I tracked the sucker with my scope. I could have shot him clean 100 times.

In those last 60 seconds, had I been hunting instead of trying to get a jump start on getting home, I could have seen him coming. I would have had one long night of sweat and pain getting that bruiser across the creek and out of the swamp, and I would have loved every minute of it.

Instead, I have 8 longs month to think about the lesson I learned. I get too wrapped up, at times, in technique and tricks of the trade and gear hacks. All too often, the skill we need the most is the gumption to stay put for as long as we can—and at least 60 seconds longer.

He’s still there, and come October, I know exactly where I’ll be.